This is the second full year that this site has been running. Visitor numbers to the site wax (no pun intended) and wane with the beekeeping season – lower in the winter and higher in the summer. This is perhaps not unsurprising … the online forums are much the same, though there’s a lot less bickering here in the winter and no-ones actually been banned. Yet 😉

Visitor statistics wax and wane with the beekeeping calendar

The site has been visited by beekeepers (or visitors, or at least robots … ) from 132 countries over the course of the year. The most popular individual articles are on honey warming cabinets, Paynes poly nuc boxes, steam wax extractors and the one article I posted on the Saf Natura honey extractor (which continues to perform really well … the extractor, not the article). These were all originally posted in 2014 so have had time to permeate deep into the Googled-psyche of the internet. The most popular 2015 post was about avoiding – or removing – frosting in honey. Tim Foden posted some useful additional comments on this when I recently discussed making soft set honey. There’s also been quite a bit of interest in recent posts on oxalic acid/Api-Bioxal and the relative costs of the various Varroa treatments. Disappointingly, my semi-rants on the need for more sustainable beekeeping practices – including training and controlling imports – particularly in relation to stopping pathogen imports (both the visible ones like small hive beetle and the invisible, and untested, ones like new virus strains) have received relatively little attention (though they do appear to be recommended course material for a Masters degree of some sort). Maybe next year … 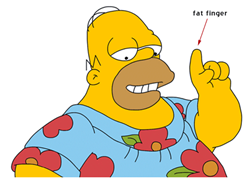 The search terms make interesting reading though Google (by far and away the most frequent referrer accounting for 96% of direct searches) hides these for commercial reasons and I can’t be bothered checking Google Analytics. I hope the person who searched for a “cow dummy board” found what they wanted but suspect the visitor who searched for “how to build your own collapsible bin 1.2m by 1.2m plans and designs” was disappointed. There’s been some recent interest how to “demaree nucs” which is a combination of terms I’d not expected to see and can’t see a need for. Can you? If the spelling errors that appear in the visible search terms are representative then it’s fortunate that Google and Bing both use algorithms to take into account common typos, fat fingers and the spektackularly poor spelling of many internet users. I use Akismet for spam filtering of comments and it’s amazing the garbage it’s successfully prevented from appearing online … any number of “free pianos”, “genuine Louise Vuiton” (really?) bags and RayBan sunglasses. Most recently was a long and fascinating post (er, not) about “making your breath smell good” in response to my overview of foundationless frames (shurely shome mishtake?) I’m grateful to those who negotiated the “are you human?” Captcha tests and posted a comment or two. Without using Captcha tests I’d be swamped with more free pianos than I’d know what to do with …

I’ve managed to post a bit more than the once-per-week target I’d set myself (64 posts in total). I suspect this will be throttled back a little next year, though I have a range of new things (oxalic acid/Api-Bioxal treatment regimes, homemade label printing, DIY hive monitors etc.) that I’d like to cover. I’ve tended not to write purely topical posts (“My hives this week”, which sounds more like something you’d find in the comments pages of NHS Choices) – there are much better writers out there already doing this* – instead concentrating on more practical aspects of beekeeping. It’s sometimes difficult to achieve a balance between the ‘flow’ of the beekeeping year – the inactivity of the winter months vs. the never-quite-keeping-up activity in May and June – and writing practical and topical posts, after all, most practical beekeeping happens in that 2-3 months between the OSR starting and the end of the swarming season. I’ve already had some interest in discussing the bee shed (and will try and respond to other requests) and want to expand some aspects of queen rearing as I get more experience of different approaches. In particular I’m interested in looking at practical solutions – like vertical splits – for small scale beekeepers who don’t want to graft but do want to improve their stocks. Having moved to Scotland I also now have potential access to some very scenic apiary sites (at least used by friends, even if my own are relatively dull and boring) and I’m hoping to combine visits to these with my photography interests.

It’s never too late to join the 21st Century …

I’ve finally got round to including a widget (right) to mirror my Twitter account @The_Apiarist. This was created way back in January 2014 but got forgotten and was subsequently suspended by Twitter … presumably due to inactivity. More topical things might end up there (if I remember), leaving the more practical stuff for these pages …

As the year draws to a close I hope that in 2016 your mite numbers are low, your colonies docile, your queens visible and your supers heavy.

* on bees, not urticaria