It’s (slowly) approaching the start of the beekeeping season.

From draughty church halls across the land newly trained beekeepers are emerging (or eclosing, to use the correct term), blurry-eyed from studying their Thorne’s catalogues, desperate to get their hands on some bees and start their weekly inspections.

Their enthusiasm is palpable 1.

The start of the beekeeping season, any season, after the long winter is always a good time. Longer days, better weather, more light 🙂 . For current beekeepers we can stop fretting over stores or winter losses. The long days with plentiful forage are getting nearer. We’ll soon be doing inspections in our shirtsleeves and thinking about swarm prevention.

New beekeepers, those who haven’t had to worry about Storm Ciara wrecking their apiaries or subsequent flooding washing hives away, simply want to get started as soon as possible. 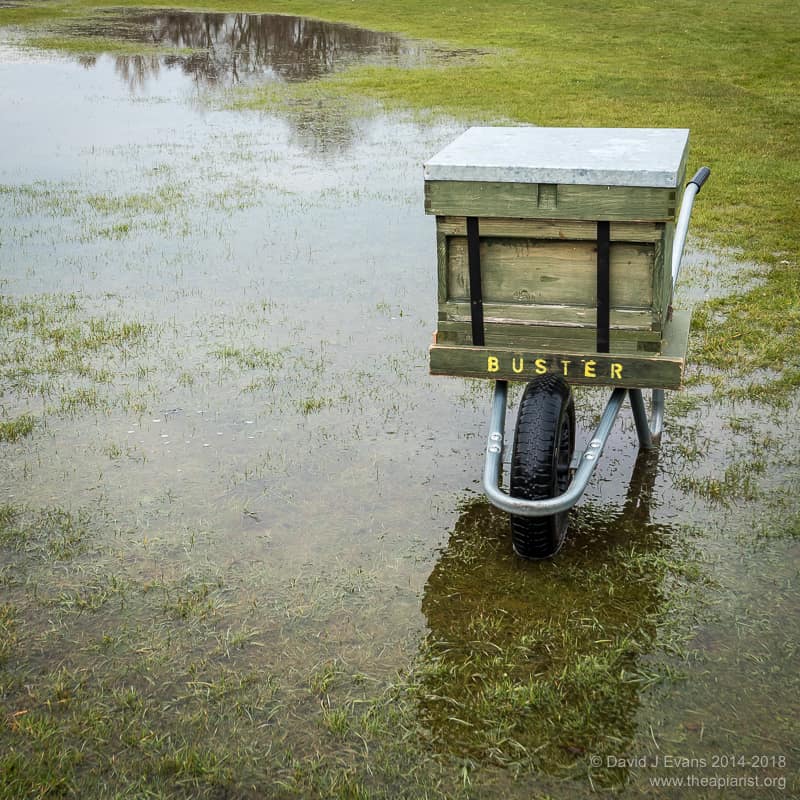 But, of course, they want to do things properly.

They’re committed and serious and determined to make a success of beekeeping … and get a great honey crop.

Which is the best …?

If you look on the online beekeeping discussion fora, or questions to the BBKA Q&A monthly column or listen to discussions at local association meetings, many start with the words “Which is the best …”.

Which is the best hive, the best strain of bees, the best fuel for your smoker etc.

These questions reflect a couple of things:

Neither of these are criticisms.

All beekeepers should want the best for their bees.

Inexperienced beekeepers don’t know what works and what does not work, but they want to ensure that – whatever they do – the bees do not suffer (or fail to thrive).

They want the best bees, presumably defined as those that are calm, frugal, populous and productive and they want the best hive so these bees are warm enough in winter and cool enough in summer, or have enough space, or are easiest to manipulate, or best resembles a tree trunk.

And the smoker fuel should be the best so that it’s easy to light, never goes out and calms the bees quickly.

Logic dictates that if there was a ‘best’ smoker fuel then almost everyone would be using it.

The septuagenarian ‘expert’ with 50 years experience would have said “Stuff your smoker with XYZ” when describing hive inspections on the beginners course. Other experienced beekeepers around the room would nod sagely and that would be the end of the matter.

If a beginner were to ask “Why don’t you use hessian rather than XYZ?” over a cuppa and a digestive afterwards there would be an awkward silence and a simple “Because XYZ is the best smoker fuel you can use” response.

The group would then move on to talk about something else. 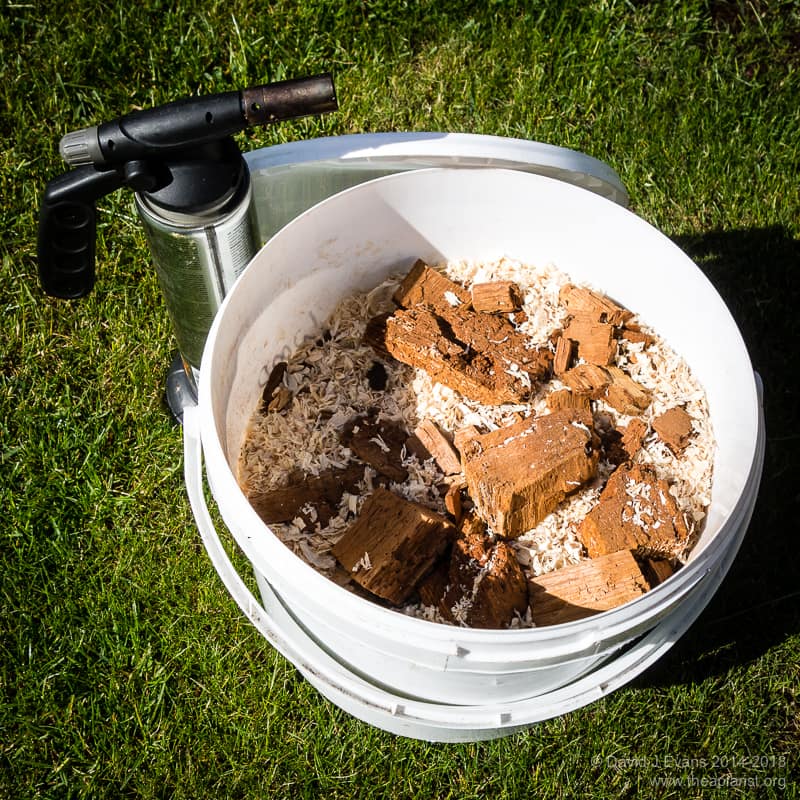 And that happens … precisely never.

What actually happens is that eight beekeepers (with varying levels of expertise) contribute eleven different opinions of their personal view of the ‘best’ smoker fuel.

The only thing vaguely in common in these opinions is that some of the recommended fuels burn.

The point I’m trying to make is that the ‘best’ smoker fuel does not exist. It’s what works for you when you need it … dried horse manure (yes, really), grass, wood chips, Thorne’s cardboard packaging, rotten dried wood etc.

It’s what’s in your bag, it’s what you carefully collected last month, it’s what you find in the car glove compartment when you can’t find anything else.

If it burns – ideally slowly and gently – producing good amounts of smoke, if it’s easy to light, light to carry, stays lit and is available when you need it, it’ll do.

Knowing that, or spending just half an hour perusing the Thorne’s catalogue, shows that there is clearly no ‘best’ hive. Any, and probably all, of the hives work perfectly satisfactorily. In the right conditions and with sympathetic and careful beekeeping all are capable of housing a colony securely and productively.

It’s the hive type that is compatible with those used by your mentor 2, it’s the type you have a stack of in the corner of the shed, it’s what you can borrow at short notice when you’ve run out of broods or supers.

It’s what’s available in the end of season sales or it’s what you started with (or your mother started with) and it ‘just works’.

If there was a best hive type, or hive tool or smoker fuel the Thorne’s catalogue would be about 3 pages long.

It’s not, it’s approaching 100 pages in length, with 12 pages of hive types alone (including a nice looking Layens hive). The 2020 catalogue has even more hive tools than the seventeen I counted in 2019 🙁

If there’s no ‘best’, will anything do?

Just because there might not be the perfect hive, smoker fuel or hive tool does not mean that it doesn’t matter what you use.

There are some that are unsuitable.

Smoker fuel that doesn’t stay lit, or that burns too fiercely. Hive tools with blunt edges, or that rust badly and are difficult to sterilise, or that bend 3. Hives with incorrect dimensions, ill-fitting floors, overly fussy designs or a host of other undesirable ‘features’.

Just because there’s no single best whatever definitely does not mean that anything will do.

But, before we move on, note that all the things I used to define a smoker fuel or hive as ‘the best’ were anthropocentric 4 criteria.

It’s what suits us as beekeepers.

And, since there are a wide range of beekeepers (by education, age, height, intellect, shoe size, strength, wealth, petty likes and dislikes etc.) there is inevitably a very wide choice of stuff for beekeeping.

Which also emphasises the irrelevance of the ‘best type of ‘ question.

The full version of the question is “Which is the best type of hive tool for beekeepers” 5.

But what’s best for the bees?

None, or any, of the above.

Clearly no single hive tool is better than any other as far as the bees are concerned. 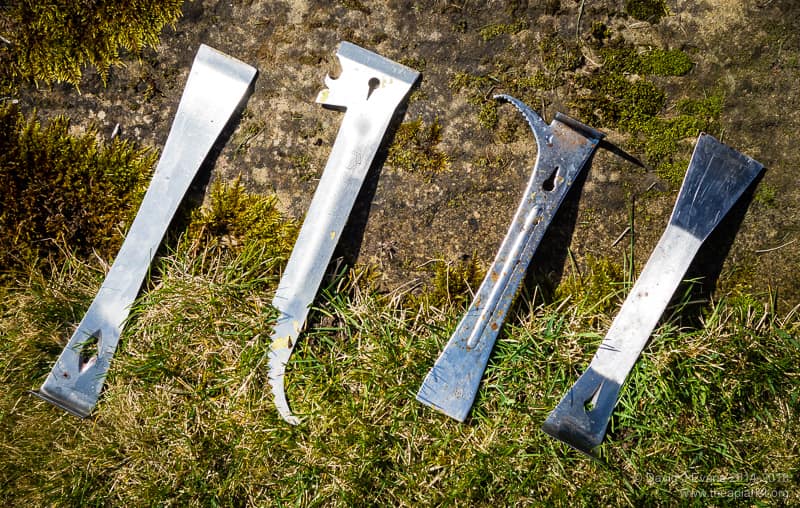 The bees do not care …

Likewise, as long as the smoker fuel generates cool, not-too-acrid, smoke, as far as the bees are concerned it’s just smoke. It masks the smell of the alarm pheromones and encourages the bees to gorge on honey, so they remain calm. Used judiciously, which is nothing to do with the fuel and everything to do with the beekeeper, one type of smoker fuel should be as good as any other.

And the same thing applies to hives. Assuming they’re secure, wind and watertight, large enough to fill with stores, have a defendable entrance and proper bee space around the frames, they’ll suit the bees perfectly well.

Think about the trees that wild-living bees naturally choose … do they prefer oak or lime, tall chimney-like cavities or largely spherical hollows? 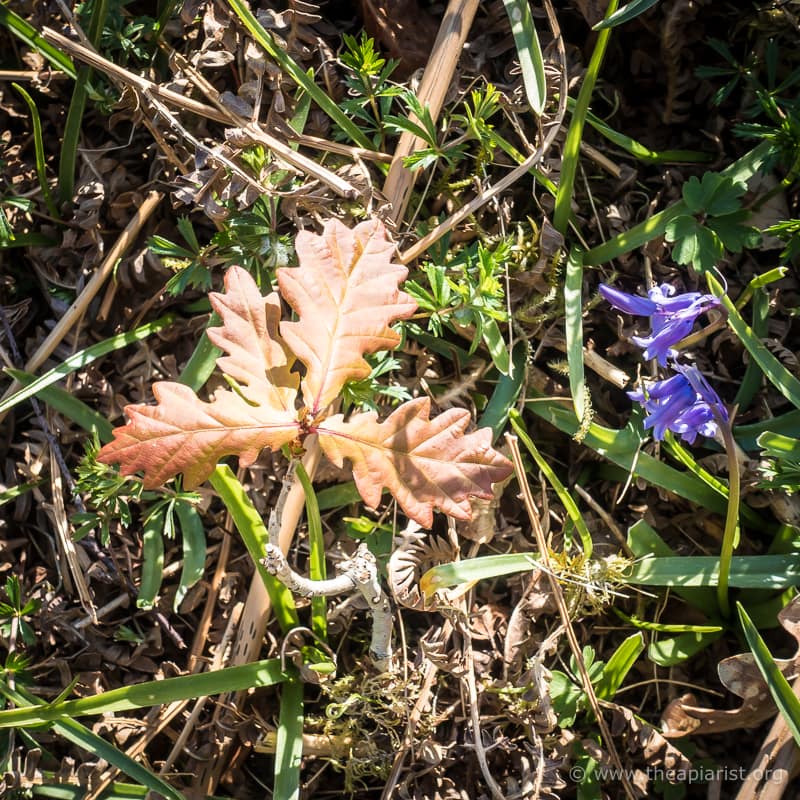 Oak … preferred by bees. Or not.

How do we tell if the bees are ‘doing better’ anyway?

We can’t ask them.

We cannot, despite the assurances of the so-called bee-centric or bee-friendly beekeepers, tell whether they’re happy or not.

I’m a very bee-friendly beekeeper, but I don’t anthropomorphize and attribute feelings like happy or sad to my bees 6.

Are they building up well, are they storing sufficient pollen and honey stores, is there overt disease, are they going to swarm?

The hive tool, smoker fuel or any one of a dozen or more hive types, have little or no influence on these measurable definitions of ‘doing well’.

What is it that determines the success or otherwise of a colony?

Essentially it comes down to two things – forage and colony health.

Bees ‘do well’ when they have ample and varied forage and when they are (largely) free of disease 7.

A healthy colony with ample forage will do better irrespective of the hive tool, hive type or smoker fuel used. You could house them in a plastic dustbin, prize the lid off with a screwdriver and waft a smouldering egg box across the entrance and they’ll still ‘do well’. 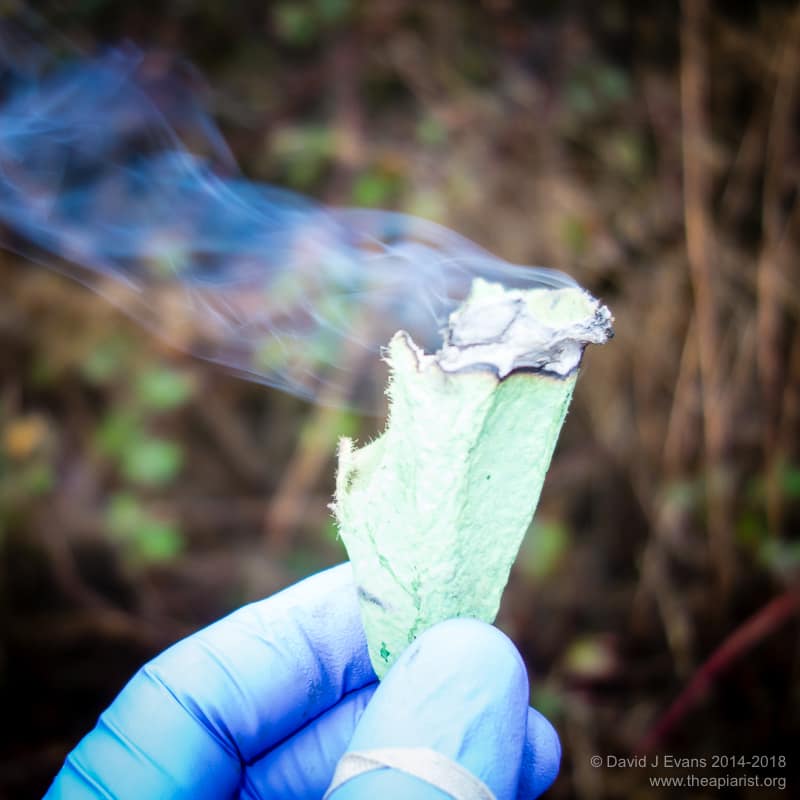 Conversely, put a disease-weakened colony in an area of poor forage and they’ll do badly (probably very badly) … again irrespective of the hive type, tool or smoker fuel.

Good forage does not just mean lots of it (though that helps). It means early-season pollen for colony build-up, it means late-season nectar and pollen to help develop a strong population of winter bees, it means a varied diet and it means season-long availability.

A healthy colony is one that has no overt disease. It has low levels of parasites and pathogens 8 and is able to survive periods of nectar shortages without succumbing to disease. In addition, it is resilient and genetically diverse.

And so back to those eclosing trainee beekeepers … the real ‘best’ questions they should be asking are:

Exceptions to the above

Inevitably there are exceptions.

It wouldn’t be beekeeping without qualifications and caveats.

The best bees are almost certainly local bees. There are several studies that demonstrate locally-adapted bees do better than imported bees. This does not mean that imported (and not necessarily from abroad) bees cannot do well. I’ve discussed some of these studies recently.

The best smoker is the large Dadant smoker. The small Dadant is pretty good, but the large one is the bee’s knees 9. 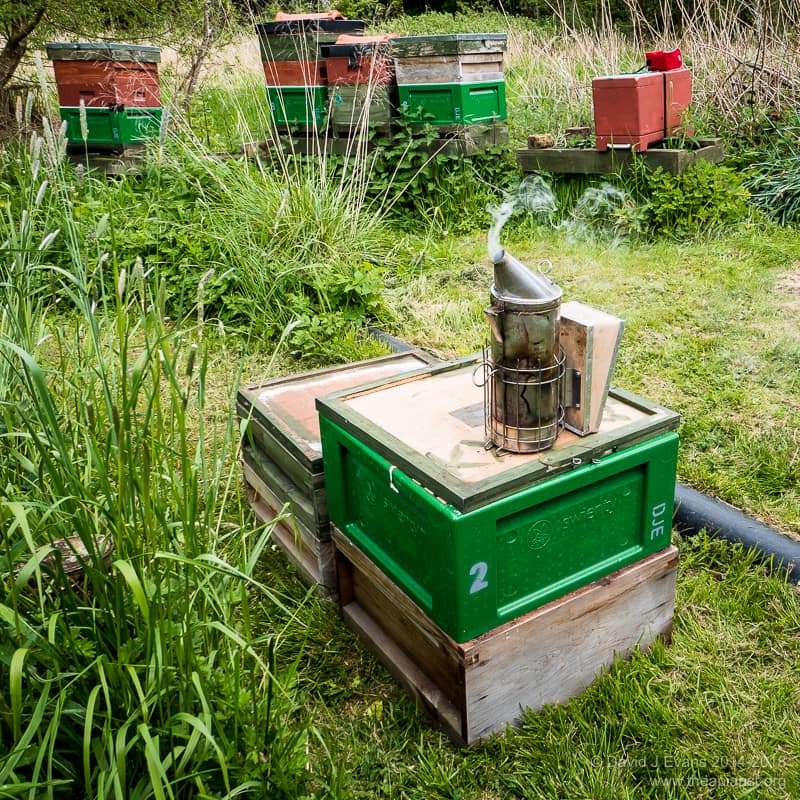 I know, because my happy bees told me so 🙂