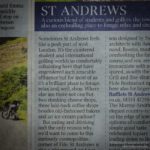 A brief – and complimentary – review of St. Andrews in a pull-out extract from Pete Irvine’s Scotland the Best was included with The Times last Saturday. Aside from likening St. Andrews to a posh part of West London (not very accurate in my opinion§), they include the statement:

“Where else are there not one but two stonking cheese shops, three laid-back coffee shops besides old-fashioned bakers and an ice-cream parlour?”

This sentence made me smile for a couple of reasons. The first is that my spellchecker automagically corrects stonking to stinking, perhaps not entirely inappropriate for a cheese shop. The second is that one of those ‘stonking’ cheese shops is Mellis Cheese, where they stock my honey. Mellis (@johnmellishoney) is a well-known name in commercial beekeeping and the cheese shop is run by others in the same family. I’m delighted they stock some of my local Collessie honey alongside their own products. 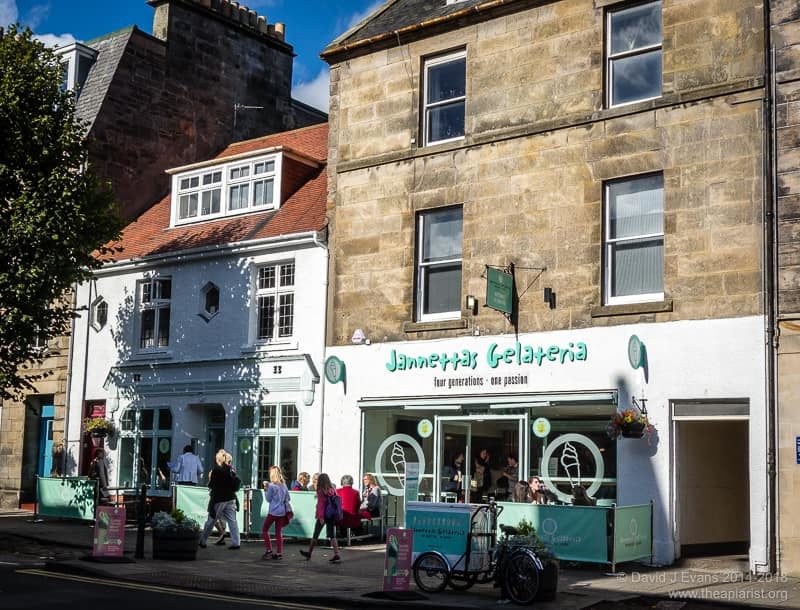 I’ve no idea which of the very many coffee shops The Times considers ‘laid-back’ … with a student population of ~7,500 in a town of about 17,500 it’s no wonder the coffee shops – which number many more than three – do such a roaring trade. In the name of research I’ve tested many of the coffee shops in town but am still no wiser as to which are ‘laid-back’. Perhaps I wouldn’t recognise them even if they were? The ice-cream parlour is of course Janettas Gelateria (‘Four generations, one passion‘) … thoroughly recommended, though be prepared to queue if the sun is out (whatever the month).

Which it usually is 😉 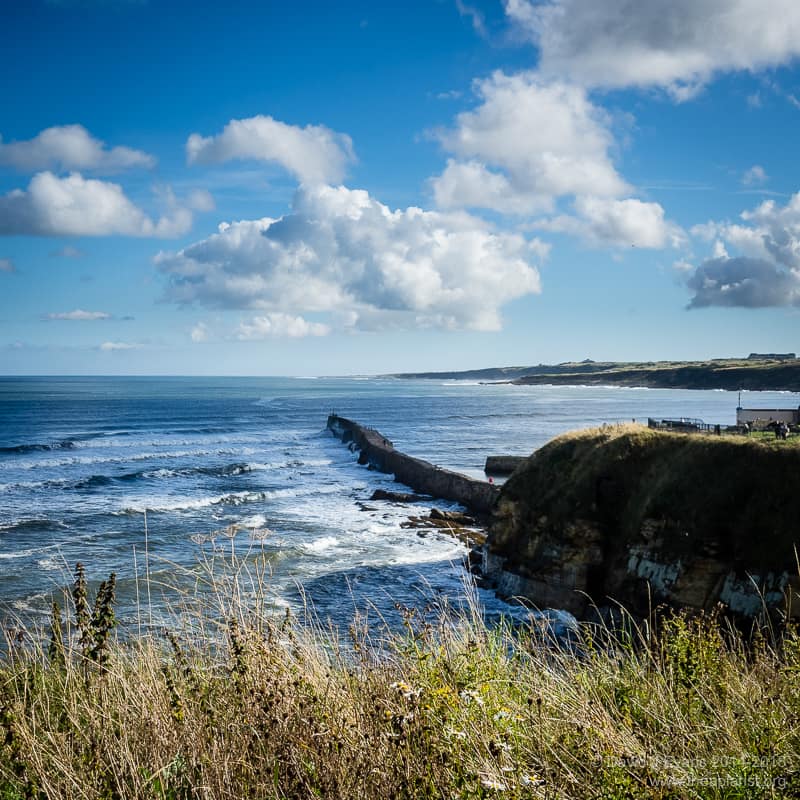 This probably qualifies as a “not beekeeping” post, but with the season about to kick off there’ll be lots to discuss in the near future.

§ It’s certainly got nothing much in common with the relatively posh parts of West London I know … St. Andrews is cleaner, quieter, cobbled (at least in parts), community-spirited and considerably closer to the sea 😉 There’s also free parking.