The last post of the year is one that almost no-one will read because they’re too busy unwrapping presents, overeating and enjoying seeing friends and family.

A socially distanced Christmas is an oxymoron, but is also unfortunately what many responsible people will be ‘enjoying’ this year.

At times like these it’s reassuring to have something else to focus on, a reminder of good times passed, and the promise of better times in the future.

The Romans celebrated dies solis invicti nati (“day of the birth of the unconquered sun”) just after the winter solstice, on the 25th of December 1. The winter solstice itself – the date with the shortest amount of daylight – varies a bit from year to year. This year, in my location, it was on the 21st of December when the day was just six hours and 47 minutes long 2.

Before the Romans, there’s evidence that the winter solstice was significant to much older civilizations. Maeshowe, a 5000 year old Neolithic chambered cairn on Orkney, has an entrance corridor directly aligned with the setting sun of the winter solstice.

With the benefit of atomic clocks and a proper understanding of the solar system we now know that the winter solstice can fall anytime between the 20th and 23rd of December. The back wall of Maeshowe is illuminated by the setting sun for a few days either side of the winter solstice. Do not let this detract from the wonder of Maeshowe or the, similar but even older, Newgrange in Ireland. 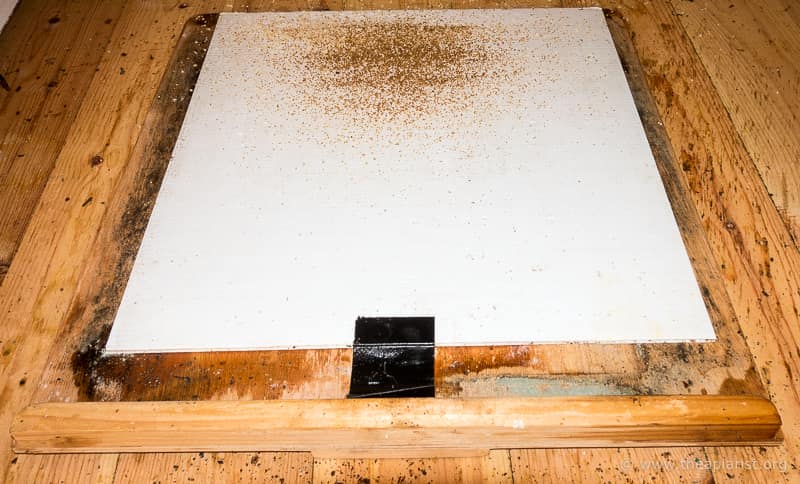 But as I’ve discussed before … that may be too late. My bees in Fife, broodless in late October, are now rearing brood again. There’s ample evidence 4 for that on the Varroa trays left on the floor underneath the hive stands.

Scores on the doors

So, having already reviewed the 2020 beekeeping year last week, what was notable on The Apiarist this year?

The combined effect of furloughing 5, isolated living and copious amounts of caffeine (on which, more later) – coupled with my natural tendency to prattle on a bit – meant that the average length of posts increased by 40% to ~2500 words.

Eight years of The Apiarist … and a 12,000-fold increase in visits

This extra effort didn’t go unnoticed, with a greater than 50% increase in both visitors and page reads.

On average, most visitors only read a couple of pages and, of those, only 0.3% leave a comment. However, I’m very grateful to those that do. It allows me to clarify points that were garbled and to elaborate on topics dealt with in too little detail.

Or to answer a completely unrelated question 😉

As an aside, the server cunningly filters out spam comments from real ones. I periodically check it’s not being overzealous but cannot 6 look at all of them.

If you submitted a comment and it was missed it was either because it was:

The posts from 2020 that generated the most discussion were:

I almost always respond to comments, often simply by redirecting the reader to a previous post (or promising to cover the topic in more detail sometime in the future). Consequently, old posts still get read quite frequently.

Speaking of which … what were the most popular posts of 2020 and the most read posts of the year?

The most frequently read posts of 2020

I’m going to ignore the Google-promoted mid-June post I mentioned last week. That post, A June Gap, was notable for being read thousands of times on the day it appeared (and on the couple of days afterwards). Since then it’s been accessed just a few hundred times and has effectively disappeared without trace from current reading stats.

It’s what a statistician would call an ‘outlier’.

Other than that, these were the most read posts that were written in 2020:

So, with the exception of the rehash of some recipes, an emphasis on the principles and mechanics of swarm control. This is something that many beekeepers struggle with, but can be reliably achieved by understanding what triggers the process coupled with an appreciation of the makeup of a colony and the development cycle of queens and workers.

The most frequently read posts of all time

In which ‘all time’ actually means since late 2013 when the first posts appeared online.

So, with the exception of the post on honey pricing, more articles on swarming and mite control.

I’m particularly pleased to see that the honey pricing post is popular. This is an important topic and beekeepers, like the general public, too often assume that supermarket prices are representative, or what they are competing with.

We should be aiming to produce a top quality product. It is made from the nectars available in ~8 square miles of land surrounding your hives. Aside from the fact it’s absolutely delicious, it’s also unique – a snapshot of a time and a place 13 – and should be priced accordingly.

Don’t compare it with £1 a pound supermarket rubbish, containing a “Product of EU and non-EU countries”. That could mean anywhere or anything (and increasingly actually means adulterated with rice or corn syrup).

A much better comparison would be with the price premium of a top quality wine or malt whisky.

I’ll be returning to honey pricing and provenance again in 2021. 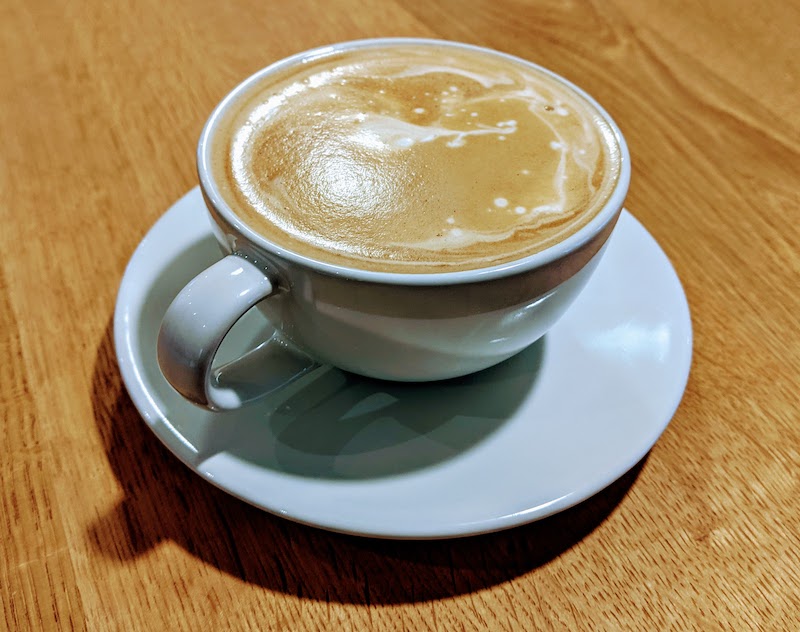 I am particularly grateful to the ~100 supporters who have ‘bought me a coffee’ to fuel late night writing marathons. It is you are largely responsible for the 40% increase in the length of posts this year 14.

Perhaps unsurprisingly, because of a shared language, the top 6 countries (of 193 in total) in the visitors list were the UK (53%), USA (24%), Ireland (4%), Canada (3%), Australia (3%) and New Zealand (1%). These figures make sense, but aren’t particularly trustworthy as you can be wherever you want with a properly configured VPN.

Finding your way to here

I don’t use either for two-way communication. I’m old skool and prefer email 15, so don’t bother trying to reach me using either.

Don’t try using Pinterest either (does this even have a messaging function? I told you I was old skool 😉 ), which also generates quite a bit of traffic.

Subscribers receive an email whenever a new post appears, and if you submit a comment you can opt in to receive an email update when I (or someone else) adds further comments to a post. I restrict comments to the two years after a post appears. Therefore, if you sign up for comment emails they’ll stop when commenting on a particular post is closed.

Remaining traffic arrives at this site from search engines like Google, Bing, DuckDuckGo and Yahoo. Increasingly these encrypt the search terms so I only see about 10% of them and they don’t seem to be as amusing as they used to be.

Finding your way from here

When you visit a website the server records where you came from, both geographically and in terms of the last webpage visited.

When you follow a link in one of the posts the server also records which link you followed to leave the page 16.

Other than links elsewhere on this site, the most popular destination was the equipment suppliers E.H. Thorne’s.

The regular links I make there are an example of pragmatism, not promotion.

There are many other good quality equipment suppliers. However, there aren’t any others 10 minutes down the road from me 😉  A combination of convenience and my dislike of P&P charges means the relatively few things I purchase these days come from Thorne’s.

Of the links to Thorne’s, the most often followed was to this honey creamer … if you want one, mine is for sale 😉

I’m in the process of planning for the season ahead. This includes reviewing things that are  “surplus to requirements” and having a bit of a clear out.

There are going to be some very major changes to my beekeeping in 2021 (and 2022) which will involve an emphasis on making bees, rather than making honey.

Social distancing, online beekeeping talks and hand washing are going to remain the norm for 2021. Less than 1% of the UK population have received their first dose of the vaccine in the first fortnight after the vaccines became available. At that rate (and it will speed up) it will be 11 years until the population is all vaccinated 17.

I hope you’ll visit again in the New Year …