We’re gently but inexorably segueing into early autumn after an excellent beekeeping season. The rosebay willow herb is almost over, the farmers are busy taking in the harvest and colonies are – or should be – crowded with under-occupied workers. 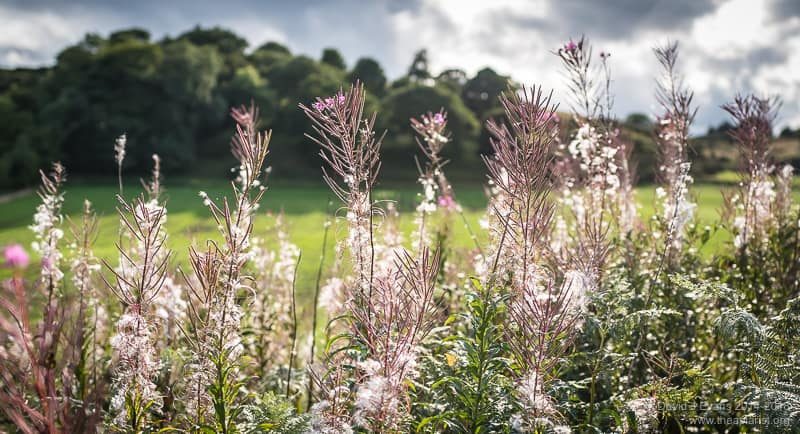 Drones are being ejected, wasps are persistently looking for access and there’s a long winter – or at least non-beekeeping period – ahead.

There’s a poignancy now in being in the apiary conducting the last few inspections of the season. Only a few short weeks ago, during late May and early June, the apiary was a scene of frenetic productivity … or complete turmoil, depending upon your level of organisation or competence.

Now there’s little activity as there’s not much forage available.

Colonies are busy doing nothing.

The most important time of the season

But that doesn’t mean that there’s nothing to do.

Rather, I’d argue that late August and early September is probably the most important period during the beekeeping year.

However well or badly the season progressed, this is the time that colonies have to be prepared for the coming winter. With good preparation, colonies will come through the winter well. They’ll build up strongly in spring and be ready to exploit the early season nectar flows.

In Fife, this is about 8 months away 🙁

This explains the poignancy.

There are some colonies inspected last weekend that probably won’t get properly opened again until mid/late April 2019. Queens I saw for the first time in August won’t get marked or clipped until next spring 1.

To survive the winter and build up well in the spring the colony has few requirements. But they are important. A lack of attention now can result in the loss of the colony later.

To appreciate their needs it’s important to understand what the colony does during the winter.

Honey bees don’t hibernate in winter. In cold weather (under ~7°C) they cluster tightly to conserve energy and protect the queen and any brood in the colony.

At higher temperatures the cluster breaks but they largely remain within the hive. After all, there’s little or no forage available, so they use their honey and pollen stores.

But they’re not immortal.

Throughout the winter there’s a slow and steady attrition of these workers. As they die off the clustered colony gradually reduces in volume, shrinking from the size of a medicine ball, to a football, to a grapefruit … you get the picture.

Some brood rearing does occur. The queen often stops laying after the summer nectar flows stop 3 and laying might be sporadic through the autumn, dependent upon weather and forage availability. 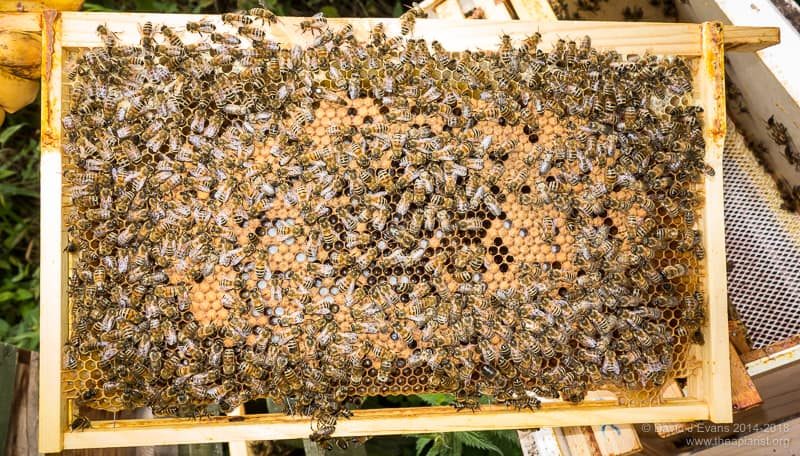 However, by the turn of the year she starts laying again. At a much reduced level to her maximum rate, but laying nevertheless and, with sufficient workers in the colony and as forage become available, this rate will increase.

The amount of brood reared during the winter period (late autumn to early spring) isn’t enough to make up for the losses that occur through attrition. This explains why colonies are much smaller in the spring than the early autumn.

Knowing what’s happening in the colony during the winter makes the requirements that must be met understandable.

Once the honey supers are off all activities in the apiary are focused on ensuring that these four requirements for successful overwintering are achieved in a timely manner. 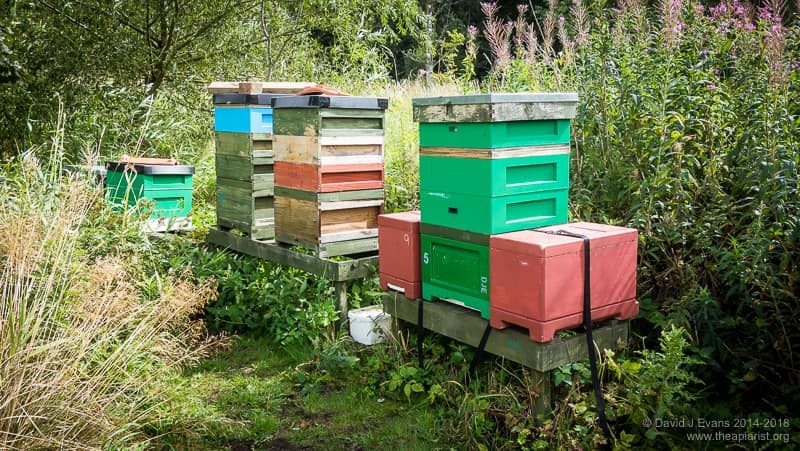 Weak colonies are united with strong colonies. At this stage in the season – other than disease – the main reason a colony is likely to be weak is because the queen isn’t up to the job. If she’s not now, what chance has the colony got over the winter or early spring? 6

Varroa treatment is started as early as reasonably possible with the intention of protecting the overwintering bees from the ravages of DWV. This means now, not early October. Use an appropriate treatment and use it correctly. Apiguard, oxalic acid (Api-Bioxal), Apivar etc. … all have been discussed extensively here previously. All are equivalently effective if used correctly.

All colonies get at least one block (12.5kg) of bakers fondant, opened like a book and slapped (gently!) on the tops of the frames. An eke or an empty super provides the ‘headspace’ for the fondant block. All of the Varroa treatments listed above are compatible with this type of feeding simultaneously 7.

Hopefully, hives are already weathertight and secure. Other than strapping them to the hive stands to survive winter gales there’s little to do.

They think it’s all over!?

They think it’s all over! is a quote by Kenneth Wolstenholme made in the closing stages of the 1966 World Cup final. Some fans had spilled onto the pitch just before Geoff Hurst scored the the last goal of the match (England beat West Germany 4-2 after extra time), which Wolstenholme announced with “It is now, it’s four!”. This was the only World Cup final England have reached, whereas Germany have won four.

As Gary Lineker says “Football is a simple game; 22 men chase a ball for 90 minutes and at the end, the Germans win.”