A few months ago I wrote about problems encountered with laying workers, and ways to overcome those problems. Laying workers occur when a colony lacks sufficient open brood pheromone to suppress egg laying by the workers. One solution, though not one I favour, is to repeatedly add frames of open brood to suppress egg laying and then either add a queen, or allow the colony to raise their own.

The article was titled ‘drone laying workers’ and, in the comments, Tim Foden correctly pointed out that the prefix ‘drone’ was probably superfluous. Since the workers were unmated they would only be able to lay haploid eggs which would inevitably develop into drones.

But … there’s always a but

The Cape honey bee (Apis mellifera capensis) is a subspecies usually restricted to the Western Cape region of South Africa. Laying workers of Cape honey bees can lay eggs that develop into workers (or queens). Since these ‘mother’ workers are unmated and their resulting progeny workers are diploid, this takes some genetic trickery. This mechanism is snappily titled thelytokous parthenogenesis. 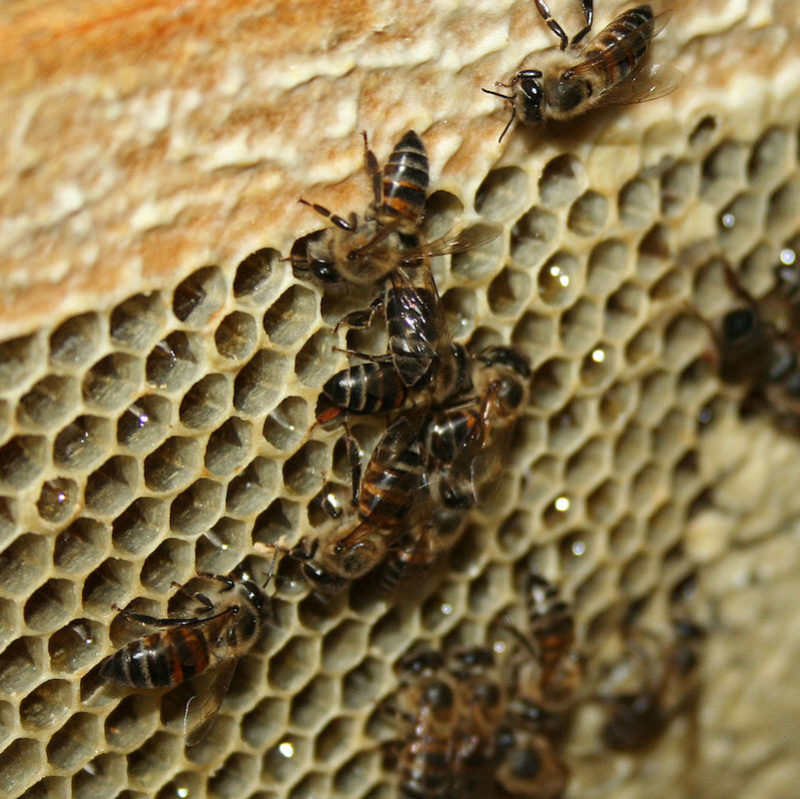 Parthenogenesis is most simply defined as reproduction without fertilisation. Thelytoky is derived from the Greek thelos, meaning ‘female’, and tokos, meaning ‘birth’. The next time you’re asked to define thelytokous parthenogenesis in the pub quiz your team will have the edge – it means giving birth to females without reproduction. The female progeny capensis workers produce can be reared as workers – essentially clones of their mothers – or, with a change in diet for the early larvae, queens.

The genetic trickery involves the haploid pronucleus of the egg fusing with one of the polar bodies that are generated during oogenesis (egg production). Polar bodies are small haploid cells that bud off during ovum development. Fusion of the two haploid cells creates a diploid, which can go on to become a female bee.

No laying worker problems then … ?

Quite the opposite. You’d think that by encouraging this type of activity in Cape honey bees your laying worker problems would be a thing of the past. In fact, your problems become a thing of the future. Laying workers of capensis are socially parasitic. They invade – through drifting for example – unrelated neighbouring colonies, such as those of Apis mellifera scutellata (another subspecies, the African honey bee). Once there, the eggs they lay are reared by the new colony, but the resulting workers do not contribute to foraging or other hive activities. Instead they also become laying workers (worker laying workers that is 😉 ), eventually leading to the collapse of the host colony.

Capensis has been spread widely from its original range through migratory beekeeping, leading to large-scale colony losses and significant economic impact to the beekeeping industry in regions of South Africa distant from the Western Cape. Capensis also hybridises with scutellata in areas where their ranges overlap.

Honey bees are social insects. Cape honey bees, for all their unsociable parasitic activities are also social. However, their unsociable activities aren’t restricted to parasitism. They also exhibit a trait called worker policing. A Cape honey bee colony might contain several laying workers. The workers they rear are able to discriminate between eggs laid by their ‘mother’ and those laid by her half-sisters – effectively their aunts – in the same hive. Once they detect a foreign egg, they either eject it or eat it.

This worker policing can lead to sub-division of the hive, with territories being established in separate parts of the hive, each containing genetically clonal populations of laying workers. However, unless the colony rears a new queen its long-term prospects are very limited. The prodigious egg-laying ability of a queen far outstrips that of even multiple laying workers, meaning the colony – and all its sub-divisions – will eventually dwindle and be lost.

Worker policing is an interesting phenomenon and has some relevance to queen rearing and larval selection which I’ll address later in the season.

Laying workers colonies in the UK characteristically rear large numbers of drones. This is why Tim Foden correctly commented that the prefix ‘drone’ is superfluous. However, to be absolutely pedantic it is needed. This is because, irrespective of the strain of bee, up to 1% of eggs laid by laying workers are diploid. All bees exhibit thelytokous parthenogenesis but it’s only in capensis the trait is common.

Why is it only in capensis that this trait is common? It’s been suggested the selection for thelytokous parthenogenesis is due to the strong winds that occur in the southern region of South Africa in which capensis is the native honey bee. As a consequence of this, queens are often lost on mating flights, rendering the colony queenless. Without “worker laying workers”  – or, more correctly, diploid laying workers from which new queens can be raised – colonies would be doomed. 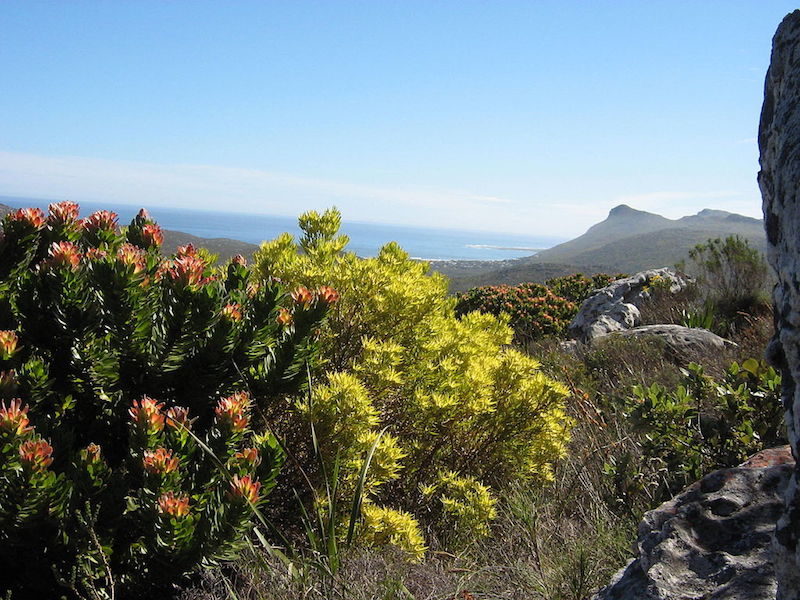 Capensis queen mating flights have been documented at wind speeds in excess of 30 mph … another adaptation to the climate of the region. In contrast, scutellata queens, from more northerly regions in South Africa won’t go on mating flights if the wind speed exceeds ~12 mph.

Cape honey bees are wonderfully well adapted to the Western Cape Fynbos region of South Africa. They are the strain beekeepers choose to use for honey production and pollination in an area with huge biodiversity and ~6000 endemic plant species. In trials using alfalfa, capensis-pollinated plants set twice as much seed as those pollinated by scutellata. This suggests they are particularly thorough plant ‘visitors’, a conclusion supported by their ability to collect pollen which was also twice that of scutellata. They have additional unique characteristics. In a publication pre-dating the introduction of Varroa to South Africa, Hepburn and Guillarmod (PDF) describe how readily capensis absconds in summer and migrates in winter, both characteristics the reflect adaptation to the climate and the regular wildfires in the region, and not seen in other strains of bees.

Finally, in much the same way that moving capensis colonies elsewhere has caused problems, the introduction of American foulbrood to the region in 2008 (again through beekeeper activity) has resulted in the loss of 40% of Cape honey bees.