Conveniently, this final post of the year will be published on the final day of the year. This is an appropriate time to look back over the what’s happened here on The Apiarist … a sort of behind the scenes view of the posts that were popular, the posts that were unloved and the creative writing process that converts a title and a topic on a Tuesday to a garbled jumble of words on a Friday.

Precisely because the final post of the year appears on the last day of the year, any stats I mention below will exclude this post. Should 15,000 people read this post late on New Year’s Eve 1 then this page would also make it into the ‘Top of the Posts’ lists. 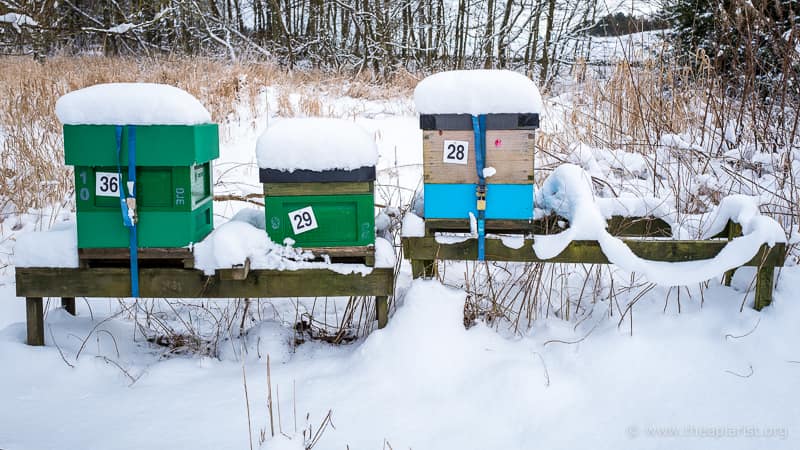 Hives in the snow

And, in between some of the numbers and comments below there’s likely to be a smattering of beekeeping advice or unanswered questions, just to keep you on your toes.

So … without further ado.

Read all about it

Page views, visitor numbers, those registered for email notifications etc. are all higher this year than last, by ~30%.

New posts appear on Friday afternoon around 3 pm 2 and tend to get the most views on Friday evening and over the weekend, tailing off through the remainder of the week.

Some posts are then rarely read again. Others go from strength to strength, attracting readers in successive months and years. This longevity depends upon a combination of subject matter and ‘fit’ with current search engine algorithms.

Inevitably, the popular posts are often those on ‘how to’ subjects. Perhaps unsurprisingly, considering this is a beekeeping site, the top posts of the year were all on either swarm control or Varroa management.

Top of the posts

These were the most read posts of the year. Tellingly, only the one in bold first appeared this year:

Together, these 10 posts counted for about 20% of the total traffic this year. The remainder were smeared over the other 448 posts that have appeared since early 2013.

If you’ve got some spare time, show some love for Seasonal changes which only received a single visitor this year. The late September 2016 post contains a nice picture of an orchid and a bottle of honey beer.

Search and ye shall find

The majority of visitors arrive either in response to the weekly emails announcing new posts 4 or from search engine searches. The latter are nominally a valuable resource, so are not disclosed to those of us who actually write the stuff in the first place (unless we pay Google).

However, the 0.5% of searches that come from other search engines turn up a few interesting terms (my selection from hundreds, and in no particular order):

Some of the spelling errors were so gross that the resulting word was barely recognisable. 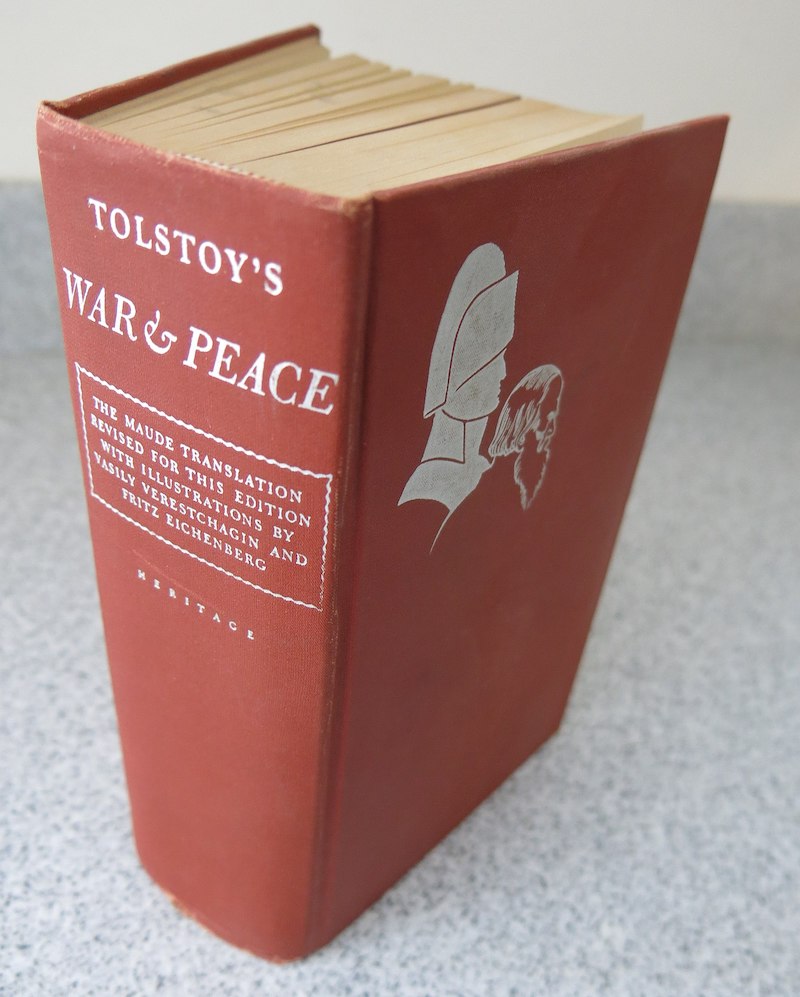 For comparison, this is a bit under 25% the length of War and Peace.

As well as writing too much (it has been said that) I talk too much. During 2021 I’ve given 25 talks to beekeeping associations stretching from Cornwall to Inverness 10. Audiences have ranged from about 15 to 350 and I’m very grateful to all the BKA’s who hosted me and coordinated the Q&A sessions.

Particular thanks to the associations that managed to send me the Zoom link for my presentation before the talk was supposed to start 😉 .

Although the talks were all ‘virtual’ it was good to see some old friends and to make new contacts.

Of the ~1200 comments I mentioned above, many are from me. I try to respond to every comment, irrespective of whether they are corrections (for which many thanks), additional insights (thanks again) or further questions 11.

Running a website, even a relatively low traffic one such as this, means you receive a lot of spam. ‘A lot’ means usually between 200 and 800 comments or emails a day. To avoid the comments section getting tainted with adverts for fake sunglasses or dodgy prescription drugs 12 I manually ‘approve’ every comment that appears.

This isn’t as onerous as it sounds. I run spam filters that trap the vast majority of the unwanted spam.

This filtering is not 100% accurate … if you previously posted a comment and it never appeared then it may have fallen foul of these filters. Next time avoid mentioning that you were wearing Ray-Ban sunglasses when you inspected the colony 😉

The comments and questions – whether to posts or talks – are often very interesting. After all, I may have delivered the same talk three times in the last month, but the questions will always be different. I’ve touched on this previously in Questions & Answers.

Some questions are direct, relevant and on-topic. These are usually easy to understand and answer, though they may not be easy to answer correctly.

But there two other types of question:

In addition to comments/questions to posts and talks I receive a lot of email. If you emailed me this year and I failed to answer promptly then it’s probably because there were 50 other unanswered emails I’d yet to wade through.

With the volume becoming unmanageable I’ve started ignoring the very terse emails requesting a quick response (because the sender is ‘busy’ and wants the answer before they leave for the apiary/office/school run/anger management class) like “What is the recipe for thick syrup”.

The few who send adverts for their quack solutions to Varroa (often vaguely disguised as informed questions) or abuse – you’d be surprised, I was – are both ignored and blocked.

Life is too short …

Beekeeping is a fantastically diverse activity 14. From the single hive owner to huge commercial operations, from the hive-monitoring techno-geeks to the leave-alone organic types, from honey to venom … there really is something for everyone.

It’s therefore no surprise that there is never a shortage of topics to cover. This is particularly true when you also include some of the wonderful 15 science of honey bees.

Web of Science publications on “honey bees” since 1997

I’ve covered some beekeeping topics exhaustively and get little satisfaction from re-writing the same thing differently 16. However, these are the topics that often attract the most readers – presumably many of whom are new beekeepers.

I’m not too fussed about the reader numbers, but if I’m going to go to the trouble of writing something I do want it to be read 17.

I’m currently wondering about how to achieve a balance between what might be considered the ‘basics’ and some of the more advanced – and to me (after a lot of beekeeping) much more interesting – topics.

And I’m always happy to consider new topics if you think I’ve missed something 18.

I usually accumulate ideas on long car journeys, while walking in the hills, out on the loch or during interminable meetings. They might start as little more than a title and a reference, or a sentence of text. 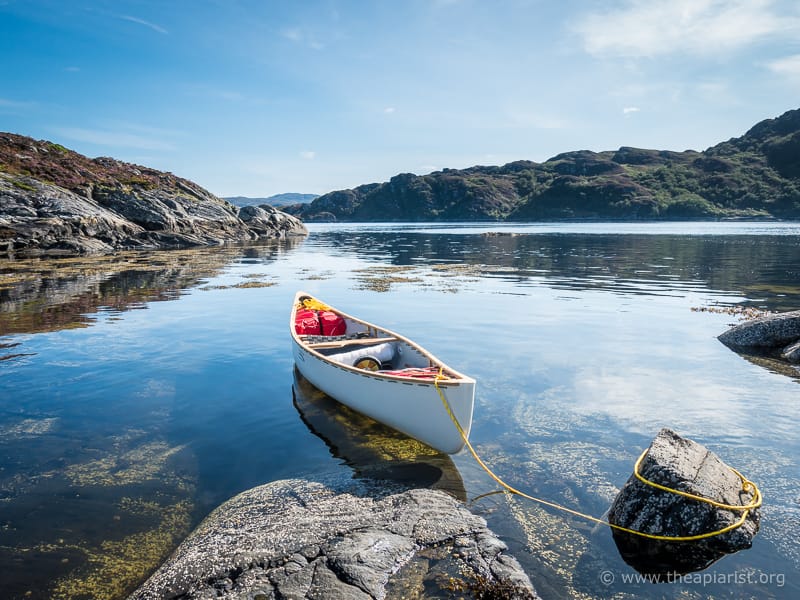 Seeking inspiration for new articles for The Apiarist

I rarely have anything actually written by the weekend before the post appears, though I will usually have decided on the topic.

This post is being written on a Tuesday, but late – often very late – on a Thursday is more typical.

Two to four hours is usually sufficient for most posts, though additional time is needed if there are custom figures or graphs.

It’s very useful to then leave the draft for a few hours after ‘finishing’ it.

I usually abandon the keyboard by 2 am on Friday and look again first thing the following morning. Typos are caught, my awful punctuation is largely fixed and some of the more garbled sentences are rewritten in English 19.

And then I press ‘Submit’.

And all of those activities – the thinking, the writing and the proof-reading – are fuelled by a delicious and fulfilling combination of strong coffee and pizza.

I’d therefore like to again thank the supporters who have ‘Bought Me a Coffee’ during 2021. In particular I’d like to acknowledge the repeat supporters. In addition to facilitating my nocturnal writing marathons, this support has also enabled moving the site to a more powerful (and properly backed up and appreciably more expensive) server.

I’m looking forward to the year ahead for many reasons. I expect 20 to have a lot more time for my bees and beekeeping. In the meantime, I’ll probably write about some of my immediate plans in the next week or two. 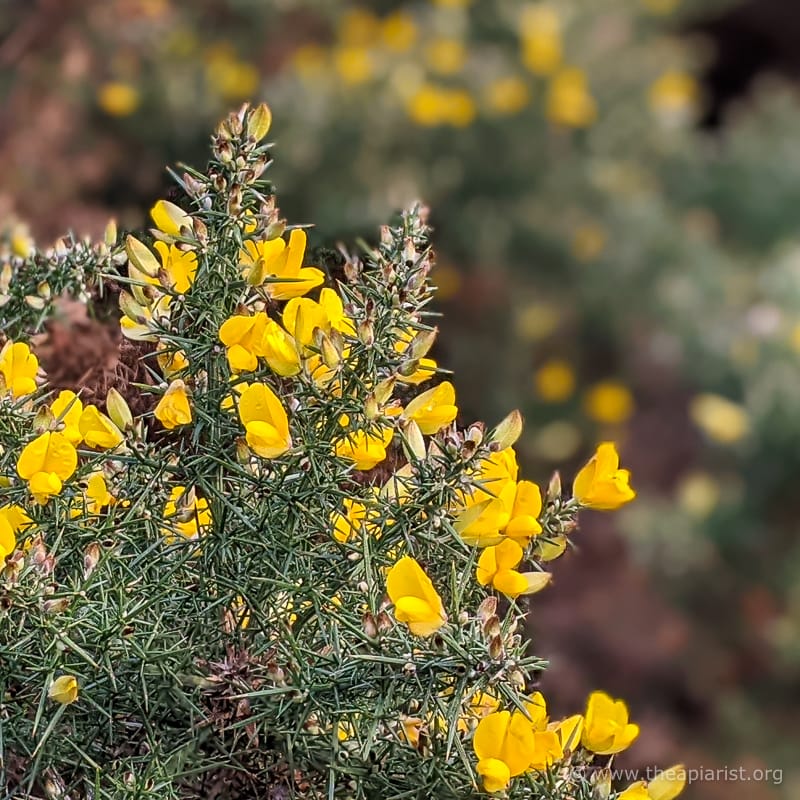 The size and complexity of this website – hundreds of posts and thousands of images – is starting to make it both difficult and time-consuming to maintain. It’s a dynamic site, the pages being generated on the fly when your web browser requests them. There’s a significant performance cost to retaining these dynamic features, and the underlying software is bloated and a target for hackers.

I’m therefore considering alternatives that make my life a little easier and your browsing experience a little faster. One way to achieve this is to use what is termed a static site. Anyone who has looked up details of my online talks (which has ~16 images and ~2500 words, so broadly comparable to a Friday post) will have used one of these. This technology is becoming increasingly common for blogs. I still need to resolve how to retain the comments/discussion features.

Even ~2500 (or more) words is insufficient to do some subjects justice; the impact of honey bees/beekeeping on solitary bees and other pollinators, neonicotinoids, fake honey, the prospects for Varroa-resistant bees, more advanced methods of queen rearing etc. 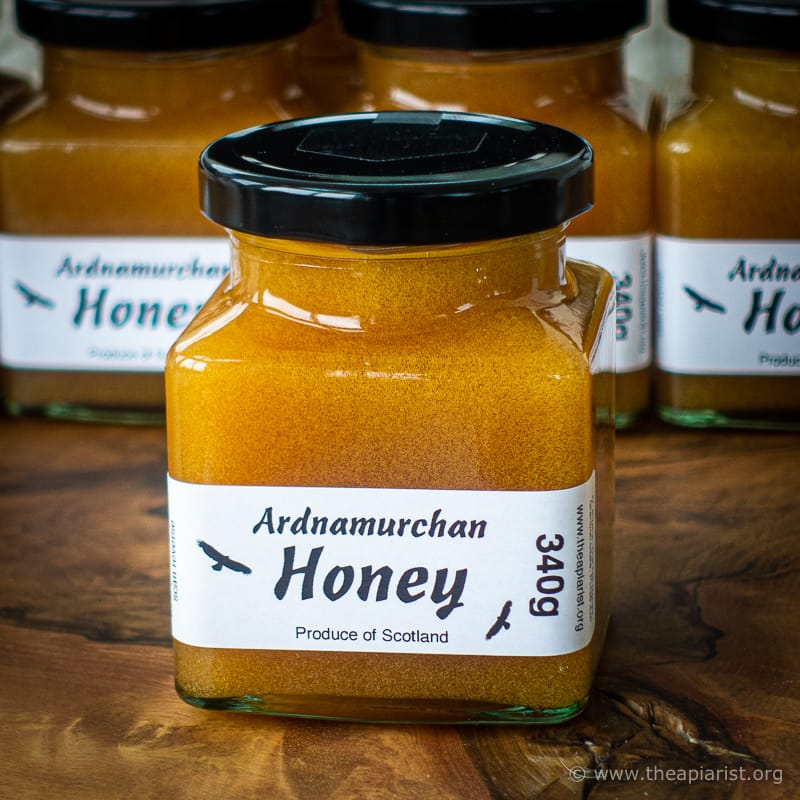 How do I tackle these?

Should I write less and not explore the subject fully?

Or just not bother?

What do you think?

And while you ponder that and some of the other points raised above I’m going to enjoy the last few hours of 2021 and close by wishing all readers of, and contributors to, this site the Very Best for 2022.

May your supers be heavy, your queens fecund, your bees well-tempered and your swarms … from someone else 😉

The phrase [the] Scores on the doors originated from the panel show The Generation Game hosted by Larry Grayson between 1978 and 1982. However, it was subsequently appropriated to indicate the public display of food hygiene ratings.

If you arrived here from @Twitter then you might be wondering what omphaloskepsis is. It means navel-gazing as an aid to meditation. Readers with a classical education will recognise its derivation from the Ancient Greek for navel and contemplation. Scrabble players will be disappointed it doesn’t contain more high scoring consonants.