I’ve posted before about why clipping the queen helps … here’s a rather more dramatic example. This colony from the bee shed – in the middle of a Pagden artificial swarm – decided it was time to go. Since the queen was clipped they regrouped at the colony entrance so – at least as far as beekeeping is concerned – ‘all was not lost’. 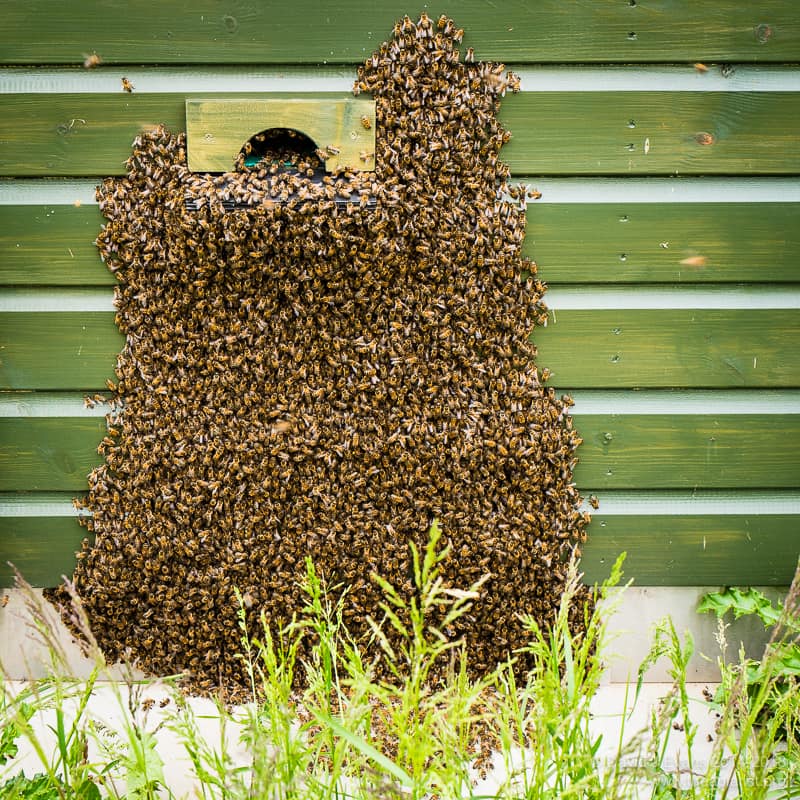 “Clipping the queen” refers to the slight shortening of one of the queens wings. This prevents her from flying – or at least from flying any distance or with any control. Whilst it’s not possible to determine whether the queen feels any pain when its being done, clipped queens lead long, natural and productive lives, so I don’t think it’s detrimental to them. It’s certainly beneficial for the beekeeper and beekeeping. The wing on a queen is clipped after she is mated … 😉

This is the first of series of irregular midweek photograph posts.

5 thoughts on “Spot the queen competition”