It’s the start of another year … Happy New Year!

I’ve been too busy enjoying the  ‘flu to write anything substantive. Instead, I’ve compiled a list of searches that brought people to this site over the first half of 2017.

I did the same sort of survey in 2016 and 2015, but this will be the last one as I changed the way these things were documented in May or June 2017 and now no longer bother recording them.

I’ve only noted the interesting or unusual ones … the search term is in bold italics with my comments on the right.

I hope you enjoy them  🙂

waspkeeping … At last! Someone actually searched for my definitive article on the subject. 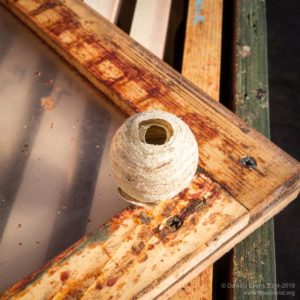 beekeepers within fife contact … You didn’t call, you didn’t send flowers. I’m getting the message  🙁

combat woodpecker in hives … If it’s in the hives it’s too late.

2 frame bee nuke … Nuc surely? If you really meant nuke we have a problem. Requeen instead? 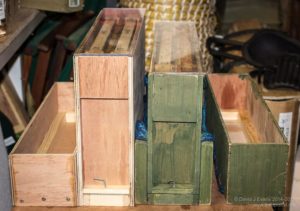 what are measures and rules of the dettol? … A very good question. The Apiarist is a broad church. I cover an eclectic mix of topics. I’ve never knowingly discussed Dettol in any depth. I repeated the search and couldn’t find reference to this site in the first 10 pages or so of Google listings. However, this is the top three hits when searching for ‘apiarist dettol’, with an article on a talk I give tagged ‘Dettol’ being top of the pile. You live and learn. 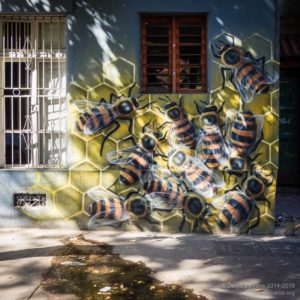 green poly langstroth hive … We’re not colourist here, any colour hive is acceptable, even the rather loud Abelo ones 😎

many qeen dummy photo full size … Hmmm. I’m not even sure this is a beekeeping-related search … but it might be treasonable.

drifting advantage and disadvantage in apiculture … Disadvantages are covered here and here. The advantages are a very interesting point. For an individual drifting worker it might spell the difference between survival or not (if they can’t return to their original hive). However, what is the genetic selection for this process at the population level? Individual workers do not reproduce. I have been talking to a population geneticist friend to explore this in more detail and will post something in due course. 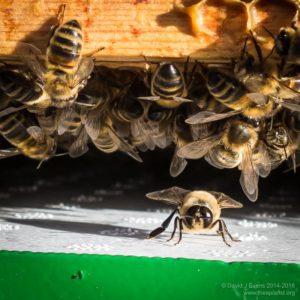 apiarist and free bees … I’ve written about this (and will again) but usually charge the going rate for nucs. Sorry.

i need entrance decoration with corex … I suspect this is not even a beekeeping search. I’m a big fan of Correx (which is the correct spelling), a trade name for a twin wall, extruded, fluted polypropylene sheet. I’ve used the stuff for roofs, landing boards, split boards and – though they’re not decorative – entrances. 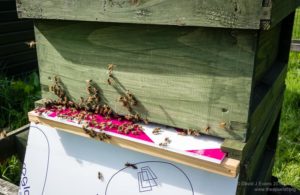 my nucs are lethargic and many are laying outside the brood box not moving … Not sounding good. I also receive quite a few direct emails asking for help or advice. It’s almost impossible to do this in a timely or informed manner … timely, as I’m not always here, and the emails often seem to expect an answer by return despite my day job. Informed, because it’s often impossible to diagnose a problem without seeing it. Interpretation depends upon how good the description is. For example … I assume it’s ‘bees’ that aren’t moving outside the brood box … that being the case, are they alive or dead? There’s a pretty fundamental difference and the interpretation of the problem might depend upon this difference.

And don’t get me started about mentoring by telephone  🙄

Since this is the first post of the year it’s probably timely to introduce a few changes to the site. The Gallery is gone, probably for good. The site is already graphics-rich and it was a little-visited corner that occupied quite a bit of disk space.

I’ve managed to re-categorize all the posts from 2014-17 using no more than 2 or 3 keywords. These form the basis for new summary pages where lots of information on a range of topics is collated. Initially these will be a Practice page on beekeeping, er, practices … and a similarly logically-named Problems page. The original Varroa page has been subsumed into the latter and the DIY page forms part of a new page entitled Equipment. There’s an additional page in which I’ve lumped together some more discursive (and controversial?) articles on the Principles or ethos of beekeeping. All these pages are listed in the menu under the header image. The contents of these pages update automatically as new posts are added.

Behind the scenes I’ve installed some software to cache web pages which should make browsing slightly faster. Since my internet connection appears to be based upon a wet piece of string it’s difficult to determine whether this is working satisfactorily or not.

Finally, as a scientist, I’m used to liberally using footnotes 1 to provide additional, often non-essential, information about a topic. Previously these were all hard-coded. Inserting one meant the sequence also needed to be updated. Now I’m using some software wizardry to achieve the same thing 2. These should appear as pop-up ‘tooltips’, or can be selected directly to read if they’re more extensive. They are listed at the end of the page, each being followed by a link (that looks like the character on the return key of a keyboard) to take you to the location in the text. They should also be compatible with mobile browsers.

Contact me if any of these things don’t work properly …

The reality is that none of the search terms above were actually ‘Found via Google’. The search engine giant usually hides search terms. They can be unearthed through Google Analytics, but life is simply too short to work out how people reach this site. The terms above all come from other – non-Google – searches which account for only 5% of all the search engine traffic coming to the site.

8 thoughts on “Found via Google”