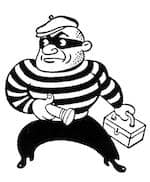 Another apiculture-flavoured tale of daylight robbery, literally, to follow the post on hive and bee thefts last week.

However, this time it’s not dodgy bee-suited perps with badly inked prison tats offering cheap nucs down the Dog and Duck.

Like other offenders, the robbers this week wear striped apparel, but this time it’s dark brown and tan, or brown and yellow or black and yellow.

I am of course referring to honey bees and wasps (Vespa vulgaris and V. germanica), both of which can cause major problems at this time of year by robbing weak colonies.

The season here – other than for those who have taken colonies to the heather – is drawing to a close. The main nectar sources have more or less dried up in the last fortnight. There’s a bit of rosebay willow herb and bramble in the hedgerows and some himalayan balsam in the river valleys, but that’s about it.

Colonies are strong, or should be. With the dearth of nectar in the fields, the foragers turn their attention to other colonies as a potential source of carbohydrates. Colonies need large amounts of stores to get through the winter and evolution has selected a behavioural strategy – robbing of weaker colonies – to get as much carbohydrate from the easiest possible sources.

At the same time, wasps are also wanting to pile in the carbs before winter 1. In the last fortnight the wasp numbers in my apiaries and equipment stores have increased significantly.

Within a few days in late summer/early autumn the mood and attitude of colonies in the apiary changes completely.

During a strong nectar flow the bees single-mindedly pile in the stores. They alight, tail-heavy, on the landing board, enter the hive, unload and set out again. There’s a glut and they ignore almost anything other than bingeing on it. Inspections are easy. Most bees are out foraging and they are – or should be – well-tempered and forgiving.

But then the nectar flow, almost overnight, stops.

Colonies become markedly more defensive. They are packed with bees and they’re tetchy. There’s nothing to distract them, they resent the intrusion and they want to protect their hard-won stores 2.

At the same time, they quickly become more inquisitive, investigating any potential new source of sugar. If you shake the bees off a frame and leave it standing against the leg of the hive stand there will be dozens of foragers – many from nearby colonies – gorging themselves on the nectar.

If you spill unripened nectar from a frame they’re all over it, quickly forming a frenzied mass – probably from several different hives – scrabbling to ‘fill their boots’.

They also closely investigate anything that smells of nectar or honey. Stacks of equipment, empty supers, hive tools, the smoker bellows … anything.

And it’s this behaviour that can quickly turn into robbing.

The foragers investigate a small, dark entrance that smells of honey … like a nuc in the corner of the apiary. They enter unchallenged or after a little argy-bargy 3, find the stores, stuff themselves, go back to their colony and then return mob-handed.

Before long, the nuc entrance had a writhing mass of bees trying to get in, any guards present are soon overwhelmed and, in just a few hours, it’s robbed out and probably doomed.

This is the most obvious – and rather distressing – form of robbing. Wasps can do almost exactly the same thing, with similarly devastating consequences.

Once started (and obvious), robbing is difficult to stop. About the only option is to seal the target hive and remove it to another apiary a good distance away.

Far better to prevent it happening in the first place.

The best way of preventing robbing is to maintain large, strong and healthy colonies. With ample bees there are ample guards and the colony will be able to defend itself from both bees and wasps. Strong colonies are much more likely to be the robbers than the robbed.

For smaller colonies in a full-sized hive, or nucleus colonies or – and these are the most difficult of all to defend – mini-nucs used for queen mating, it’s imperative to make the hive easy to defend and minimise attracting robbers to the apiary in the first place.

Gaffer tape is also essential to maintain the integrity of the hive if some of the supers are a bit warped. Wasps can squeeze through smaller holes than bees and the quick application of a half metre along the junction between boxes can save the day 5.

The poly nucs I favour have a ridiculously large entrance which I reduce by 90% using foam blocks, dried grass, gaffer tape, wire mesh or Correx. 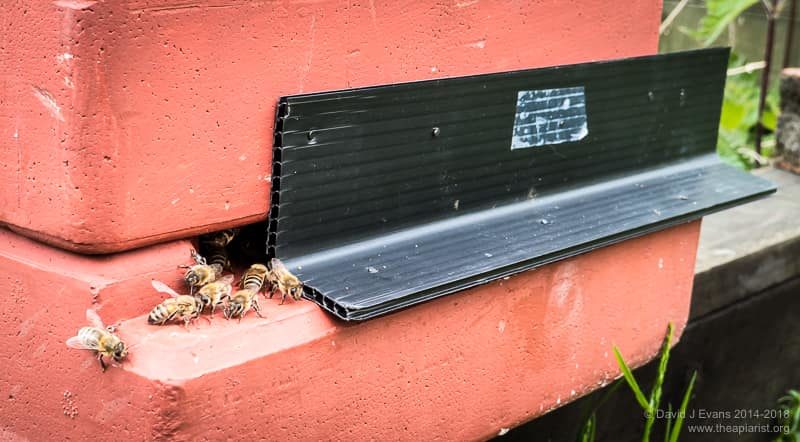 Finally, reduce the inducement robbers – whether bees or wasps – have to investigate everything in the apiary by not leaving open sources of nectar, not spilling honey or syrup, clearing up brace comb and ensuring any stored equipment is ‘bee proof’.

You don’t need to inspect as frequently at this time of the season. The queen will have reduced her laying rate and colonies are no longer expanding. With no nectar coming in they should have sufficient space in the brood nest. There’s little chance they will swarm.

If you don’t need to inspect, then don’t. The ability to judge this comes with experience.

If you do have to inspect (to find, mark and clip a late-season mated queen for example 6 do not leave the colony open for longer than necessary. Any supers that are temporarily removed should be secured so bees and wasps cannot access them.

If you’re returning wet supers after extraction, do it with the minimum disruption late in the evening. These supers absolutely reek of honey and attract robbers from far and wide. Keep the supers covered – top and bottom – gently lift the crownboard, give them a tiny puff of smoke, place the supers on top, replace the roof and leave them be. 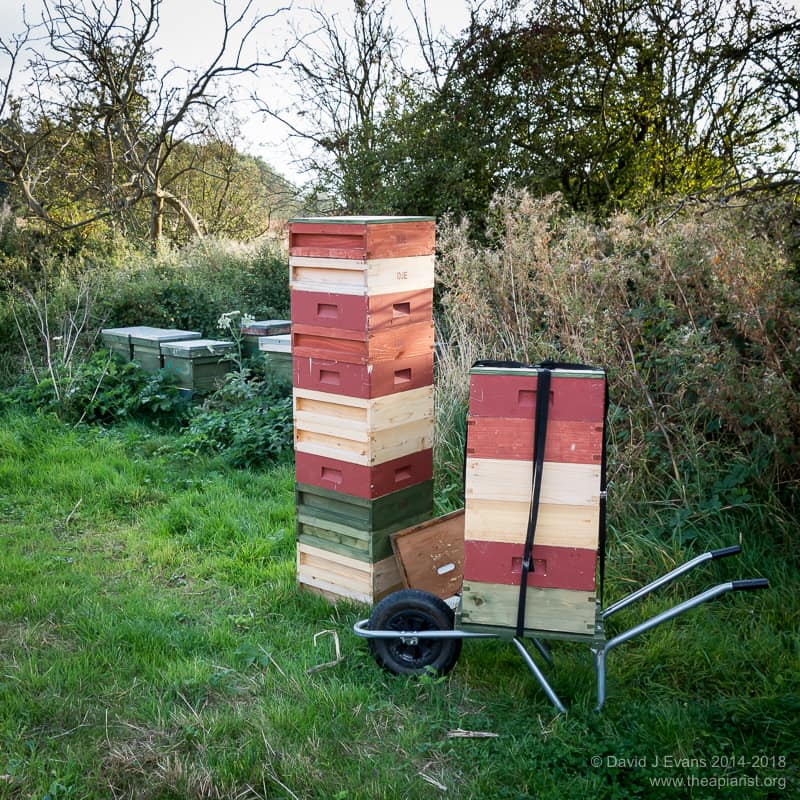 In my experience wet supers are the most likely thing to trigger a robbing frenzy. I usually reduce the entrance at the same time I put the wet supers back and try to add wet supers to all the colonies in the apiary on the same evening 7.

I generally don’t inspect colonies until the supers are cleaned out and ready for storage.