The beekeeping season can feel like a series of calamities interrupted by winter. Queens can fail, not get mated in the first place or simply disappear. Workers can start laying eggs and hives are then difficult to requeen. Bees are susceptible to parasites – like Varroa – and the viruses they transmit. If that wasn’t bad enough, there’s the threat of new invasives.

If it can go wrong, at some point it will. Beekeeping … so much more than honey 😉

Probably the biggest threat to bees and beekeeping. 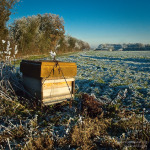 A major route by which Varroa are transmitted between colonies and a major reason why coordinated mite treatment should be beneficial. 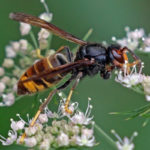 Small Hive Beetle and Asian Hornet. Not here … yet. 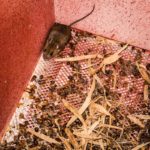 Any number of additional things – animal, vegetable and mineral – that threaten our bees.