Api-Bioxal has recently been approved by the UK Veterinary Medicines Directorate and is available from the usual suspects. At a price. 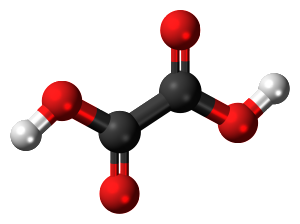 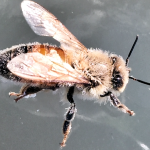 Many beekeepers use oxalic acid (OA) to control Varroa numbers, by trickling a low percentage (w/v) solution over colonies in winter, or by vaporisation/sublimation. Oxalic acid dihydrate (a white crystalline powder) has been sold by most of the large beekeeping suppliers for years, and the BBKA have provided instructions on its use as a ‘cleanser’. Until recently OA has not been licensed by the UK’s Veterinary Medicines Directorate (VMD) for use as a Varroa control (hence use of the term ‘cleanser’ by the BBKA) but was available under the EU Cascade Scheme as the product Api-Bioxal from Italy, where it was licensed. Api-Bioxal was licensed by the UK VMD in September 2015. 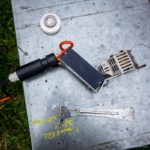 Assuming the largest quantity available is the most economic way to purchase OA (which may or may not be correct) then Api-Bioxal currently costs about £0.21/g from E.M. Thorne. The same supplier are selling generic OA crystals for £0.016/g. The recommended dose for Api-Bioxal vaporisation is 2.3g/colony (stated on the product label), though the size of the colony isn’t indicated. Aside from the problem of weighing out 2.3g in the apiary, this makes single treatments with Api-Bioxal cost about 50p a shot. My Sublimox vaporiser was provided with a small scoop which dollops out 1.5g at a time of OA (confirmed on a laboratory balance), which is about all that can be conveniently loaded into the white plastic thingy (my poor translation from the original Italian … see the photo right) from which it drops into the heating pan. That’s the amount I use for one treatment of a single brood National hive. Thomas Radetzki has looked at the efficacy of 1.4g and 2.8g doses – most conveniently found in this graph from Randy Oliver’s Scientific Beekeeping website – which are effectively indistinguishable, so I choose to use the lesser amount. Therefore, using generic OA supplied by E.M. Thorne makes treatments cost less than 2.5p each. Quite a difference.

OA is available from other suppliers as well, and is also widely available as a boat deck cleanser … and if you’ve got a large enough yacht you can probably justify buying 25 kg of the stuff for less than £70. Or a lot of hives … at that price it works out at less than 0.5p/treatment 🙂

Time to stock up? 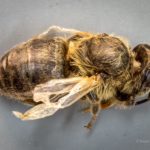 The licensing of Api-Bioxal as the first approved OA miticide in the UK is to be welcomed if it encourages beekeepers to reduce mite levels in their colonies. It is, after all, the viral payload the mite transfers between bees, that causes significant levels of overwintering colony losses for beekeepers. I’ve no doubt that the licensing (and the associated testing needed for getting this approval), the packaging and the marketing have added significantly to the costs of the oxalic acid dihydrate. However, at about 20 times the price of the generic powder from the same beekeeping suppliers, there are some who will consider this profiteering.

Over the next few months and years it will be interesting to see whether generic OA disappears from beekeeping suppliers because their customers have all switched to using Api-Bioxal, which they meticulously record in their hive notes under ‘medicines’ … or whether Api-Bioxal fails to succeed because beekeepers continue using the same stuff, admittedly unapproved and unlicensed, they been using for many years without any problems.

* and you thought MAQS was expensive?

9 thoughts on “Oxalic acid and LSD”