Even the most careful hive manipulations sometimes result in bees getting rolled between frames, or worse, crushed when reassembling the hive. Some beekeepers clip one wing of the queen to reduce the chance of losing a swarm, or uncap drone brood in the search for Varroa.

All of these activities can cause temporary or permanent damage, or may even kill, bees. A careful beekeeper should try and minimise this damage, but have you ever considered whether these damaged bees suffer pain?

Before considering the scientific evidence it’s important to understand the distinction between the detection of, for example, tissue damage and the awareness that the damage causes is painful and causes suffering.

Detection is a physiological response that is present in most animal species, the pain associated with it may not be.

Tissue damage, through chemical, mechanical or thermal stimuli, triggers a signal in the sensory nervous system that travels along nerve fibres to the brain. Or to whatever the animal has that serves as the equivalent of the brain 1.

This response is termed nociception (from the Latin nocēre, meaning ‘to harm’) and has been recorded in mammals, other vertebrates and in all sorts of invertebrates including leeches, worms and fruit flies. It has presumably evolved to detect damaging stimuli and to help the animal avoid it or escape.

But nociception is not pain.

Pain is a subjective experience that may result from the nociceptive response and can be defined as ‘an aversive sensation or feeling associated with actual or potential tissue damage’.

Most humans, being sentient, experience pain following the triggering of a nociceptive response and, understandably, conflate the two.

But they are separate and distinct. How do we know? Perhaps the first hint is that different people experience different levels of pain following the same harmful experience; an excruciatingly painful experience for one might be “just a scratch’ to another. 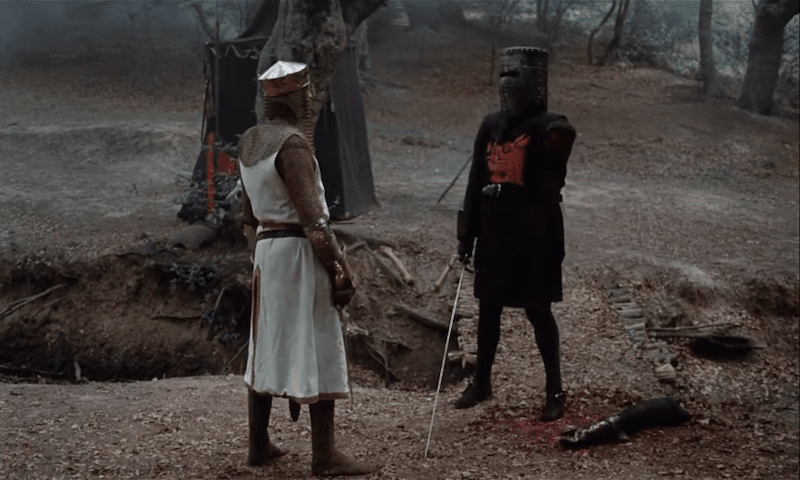 ‘Tis but a scratch

With people it’s easy to demonstrate the distinction between nociception and pain – you simply ask them.

Can you feel that?

For the same stimuli you may receive a range of answers to the second question, depending upon their subjective experience of pain.

But you cannot ask a leech, or a worm or a fruit fly or – for the purpose of this post – a bee, whether a particular stimulus hurts.

Well, OK, you can ask but you won’t get an answer 😉

You can determine whether they ‘feel’ the stimulus. Since this is a simply physiological response you can measure all sorts of features of the electrical signal that passes from the nociceptors (the receptors in the tissue that detect damaging events) through the nerve fibres to the brain. This involves electrophysiology, a well established experimental science.

But how can we determine whether animals feel pain?

What do you do when you have a bad headache?

You take a painkiller – an aspirin or paracetamol. You self-medicate to relieve the pain.

Actually, even before you reach for the paracetamol, your body is already self-medicating by the release of endogenous opioids which help suppress the pain.

In cases of extreme pain injection of the opiate morphine may be necessary. Morphine is a very strong painkiller, or analgesic. Opioids bind to opioid receptors and this binding is blocked by a chemical called naloxone, an opiate antagonist. I’ll come back to naloxone in a minute.

But first, back to the unhelpfully unresponsive bee that may or may not feel pain …

It is self-medication with analgesics that forms the basis of the standard experiment to determine whether an animal feels pain.

The principle is straightforward. Two identical foods are prepared, one containing a suitable analgesic (e.g. morphine) and the other a placebo. If an animal is in pain it will preferentially eat the food containing the morphine.

Conversely, if they do not feel pain they will – on average – eat both types of food equally 2.

But this experiment will only work if morphine ‘works’ in bees.

Does morphine ‘work’ in bees?

An unpleasant or harmful stimulus induces a nociceptive response which might include taking defensive action like retreating or flying away. Studies have shown that the magnitude of this defensive action in honey bees is reduced or blocked altogether by prior injection with morphine.

This is a dose-response effect. The more morphine injected the smaller the nociceptive response by the bee. Importantly we know it’s the morphine that is having the effect because it can be counteracted by injection with naloxone.

So, morphine does work in bees 3.

We can therefore test whether bees choose to self-medicate with morphine to determine whether they feel pain.

And this is precisely what Julie Groening and colleagues from the University of Queensland did, and published three years ago in Scientific Reports. The full reference is Groening, J., Venini, D. & Srinivasan, M. In search of evidence for the experience of pain in honeybees: A self-administration study. Sci Rep 7, 45825 (2017); https://doi.org/10.1038/srep45825

The experiment was very simple. Bees were subjected to one of two different injuries; a continuous pinch to the hind leg, or the amputation of part of the middle leg. They were then offered sugar syrup alone and sugar syrup containing morphine.

The hypothesis proposed was that if bees felt pain they would be expected to consume more of the sugar syrup containing morphine.

To ensure statistically relevant results they used lots of bees. Half were injured and half were uninjured and used as controls. If syrup laced with morphine tasted unpleasant you would expect the control group to demonstrate this by eating less.

Throughout the experiments the authors were therefore looking for a difference in syrup alone or syrup with morphine consumption between the injured bee and the uninjured controls.

All of the experiments produced broadly similar results so I’ll just show one data figure. 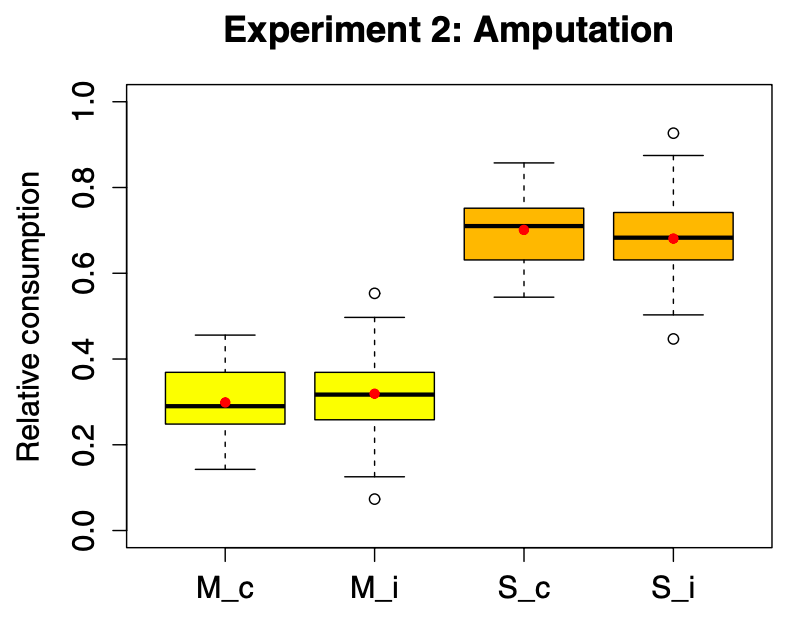 Both groups of bees preferred the pure syrup (the two box plots on the right labelled S_c or S_i) over the morphine-laced syrup (M). However, the bees with the amputation did not consume any more of the morphine-containing syrup (M_i) than the controls (M_c).

Therefore they did not self-medicate.

Very similar results were obtained with the bees carrying the hind leg clip (recapitulating an attack by a competing forager or predator, which often target the rear legs). The injured bees consumed statistically similar amounts of plain or morphine-laced syrup as the control group.

The one significant difference observed was that bees with amputations consumed about 20% more syrup overall than those with the rear leg ‘pinch’ injury. The authors justified this as indicating that the amputation likely induced the innate immune system, necessitating the production of additional proteins (like the antimicrobial peptides that fight infection), so leading to elevated energy needs. Speculation, but it seems reasonable to me.

This study, using a pretty standard and well-accepted experimental strategy, strongly suggests that bees do not feel pain.

It does not prove that bees feel pain. It strongly supports the theory that they do not. You cannot prove things with science, you can just disprove them. Evidence either supports or refutes a hypothesis; in this case the evidence (no self-medication) supports the hypothesis that bees do not feel pain because, as has been demonstrated with several other animals, they would self-medicate if they did feel pain.

In the discussion of the paper the authors suggest that further work is necessary. Scientists often make that kind of sweeping statement to:

And there are other ways of interpreting behavioural responses as an indication that animals feel pain.

For example, rather than measuring self-medication with an analgesic, you could look at avoidance learning or protective motor reactions as indicators of pain.

Protective motor reactions include things like preferential and prolonged grooming of regions of the body which have been injured 5. There is no evidence that bees do this.

However, there is evidence that bees exhibit avoidance learning. This is a behavioural trait in which they learn to avoid a harmful stimulus that might cause injury.

If a forager is attacked by a predator at a food source (and survives) it stops other bees dancing to advertise that food source when it returns to the hive 6.

Whilst avoidance learning does not indicate that bees feel pain, it does imply central processing rather than a simple nociceptive response. It shows that bees are able to weigh up the risk vs. reward of something good (a rich source of nectar) with something bad (the chance of being eaten when collecting the nectar). This type of decision making demonstrates a cognitive capacity that might make pain experience more likely.

We’re now getting into abstruse areas of neuropsychology … dangerous territory.

Let’s assume, as I do based upon the science presented here and in earlier work, that bees do not feel pain. What, if anything, does this mean for practical beekeeping.

It certainly does not mean we should not attempt to conduct hive manipulations in a slow, gentle and controlled manner. Just because rolled bees are not hurting, or crushed bees are not feeling pain, doesn’t give us carte blanche to be heavy handed.

So we should conduct inspections carefully, not because we are hurting the bees, but because they might hurt us.

But there are other reasons that care is needed as well. Crushed bees are a potential source of disease in the hive. One reason undertaker bees remove the corpses is to remove the likelihood of disease spreading in the hive. If bees are crushed the heady mix of viruses, bacteria and Nosema they contain are smeared around all over the place, putting other hive members at risk.

And, as we’re all learning at the moment, good hygiene can be a life-saver.

This is the first post written under ‘lockdown’. It’s a little bit later than usual as it has had to travel a   v  e  r  y    l  o  n  g   way along the fibre to ‘the internet’. It’s going to be a very different beekeeping season to anything that has gone before.

At least spring is on the way … 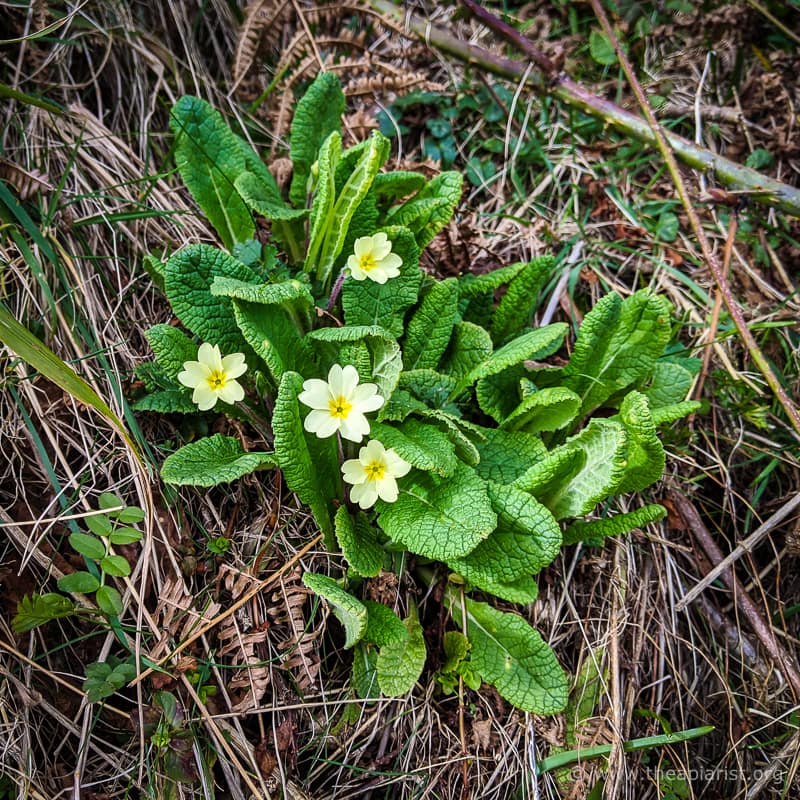