What goes better with honey than fresh homemade bread? Perhaps toast? You can buy excellent handmade bread in many places these days, but you can make your own very easily. I’m busy (aka lazy) so use a breadmaking machine for the mixing. It takes longer, but it’s less messy. 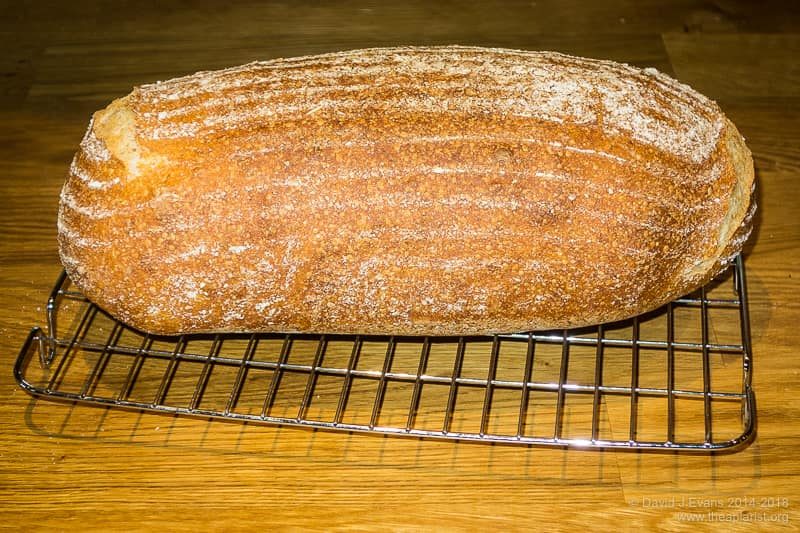 This is the recipe I usually follow. The superscripted notes are further down the page and explain certain parts in more detail.

Make the starter1 by mixing the following on the dough setting:

Once the dough cycle is complete (2-3 hours) don’t do anything at all … just leave it for 12-24 hours at room temperature2.

Add the following to the starter and mix on the dough setting in the early evening3:

Once the dough cycle has finished (2-3 hours) tip the dough out onto a lightly floured surface, shape and place into a floured rattan proving basket6. Cover with a floured cloth or lay a piece of clingfilm over the top7. Place the dough into the fridge to rise overnight.

Take the risen dough from the fridge and leave somewhere warm for an hour or so to get to room temperature. Preheat the oven containing a baking stone or an upturned heavy metal tray8 to 240°C. 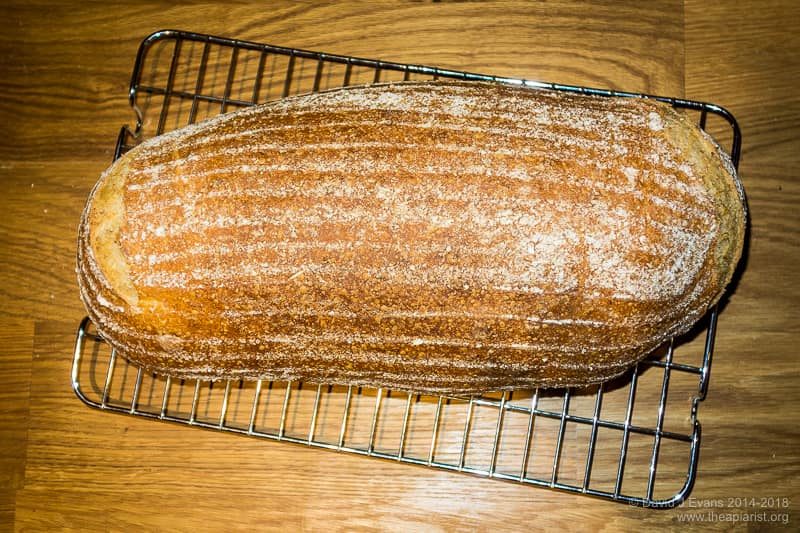 Bread made like this is totally different to the mushy cardboard-textured white ready-sliced loaves from the supermarket and is much better even than the standard recipes for breadmaking machines. The latter are usually risen fast and end up with a rather bland texture and taste. I think the key differences that contribute to the improved flavour, texture and keeping quality are, a) a long, slow rise using a pre-ferment, and b) use of much less yeast than normal recipes. 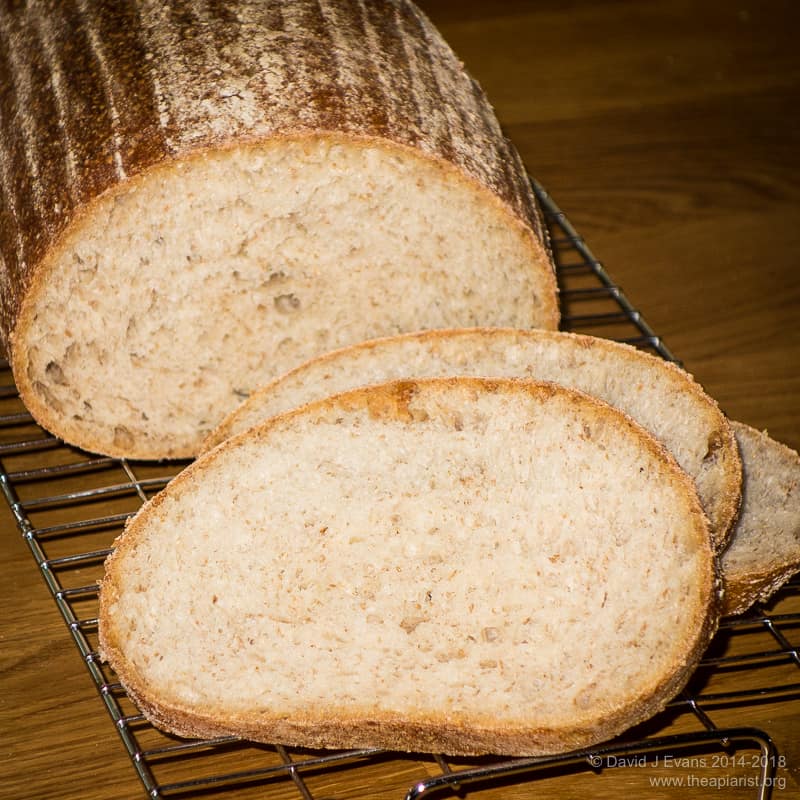 Food photography is a skill …

Although it might take 48 hours from start to finish, it’s time well spent. The actual work involved is very limited – a few minutes to weigh the ingredients out on days one and two, a couple of minutes to shape the loaf and the time it takes to put it in the oven. The only critical timings are for cooking and the times indicated above are what works in my electric fan oven.

The recipe above is similar in quantities, but with additional steps, to the Pain de Campagne recipe in Bread Machines and Beyond by Jennie Shapter (now out of print). There are a wealth of excellent books on making bread, most of which are beautifully illustrated as well as being filled with inspirational recipes. I can recommend these for starters:

Of these, Bertinet’s Crust and the book by Ken Forkish are both primarily about sourdoughs which involve keeping a live starter, a process that involves a bit more of a commitment than the recipe above. I’ll post something about sourdoughs sometime in the future.

I’ve just realised that – other than the half teaspoonful added – there’s no mention of honey on the page. Suffice to say this bread is excellent with honey or, as toast, with honey marmalade.

4 thoughts on “Bread and honey”