I’ve discussed Apistan, a pyrethroid treatment for Varroa, in two recent posts. In these I explained in some detail its molecular mechanism of action. I also explained the two major problems associated with Apistan (and the related tau-fluvalinates ) – the widespread resistance of Varroa to Apistan and the residues it leaves in wax.

In this final post I’m going to revisit just how useful Apistan could be if it was used in a more rational manner. I’m going to concentrate on resistance and you’ll probably need to read the previous post on this topic to provide necessary the background. I’ll only really touch on the residues in wax at the end – I’ve already discussed how these can be minimised if you consider them an issue.

This is (another) long post. It draws together the concepts described in previous articles and links the science of Varroa control to potential strategies to benefit practical beekeeping.

How good is Apistan if Varroa are not resistant? 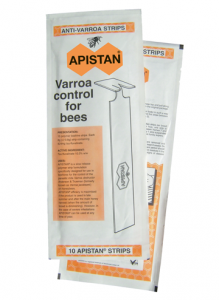 Exceptionally good. Pyrethroids are some of the most widely used pesticides. They are widely used because they are very effective. Apistan is no exception. When used to treat Varroa populations that are not already resistant it kills over 98% of the mites in the colony when used according to the manufacturers instructions. 98% … that reduces the National Bee Units’ recommended maximum mite load of 1000 to just 20.

How good is Apistan in reality

Resistance was first demonstrated in 2002 and is now widespread in the UK. In a recent paper, Ratneiks and colleagues (University of Sussex) demonstrated that Apistan was significantly less effective at killing Varroa when used for a second treatment, four months after the first. In this study they showed only 33% of mites were killed at the second treatment, whereas 58% were killed in colonies treated for the ‘first time in five years’.

This isn’t rocket science … if there are some resistant mites in a population then Apistan will preferentially allow these to survive. Consequently they will make up a greater proportion of the mite population when re-treated.

Since we know the molecular basis of resistance to Apistan it would now be possible to determine – without doing the treatment and counting the corpses – what proportion of mites were resistant in a population before treatment. It would therefore be easy to determine whether treatment would be likely to work.

Equally, it would be possible to determine whether the colonies ‘not treated with Apistan for five years’ still maintained significant levels of Apistan resistant mites. As will become clear, there are studies that contradict this, and the definitive test – the presence of absence of the mutation that confers resistance – was not done in the Sussex study.

Mutations, such as the one that confers resistance to Apistan, can – in broad terms – exert three different effects‡:

In the presence of Apistan, the Leucine to Valine mutation at residue 925 (L925V) of the voltage gated sodium channel (VGSC; please see the previous article on the molecular basis of resistance), is a beneficial mutation. Any mites that carry it will not be killed and will be able to reproduce, so increasing it’s prevalence in the population. The same reasoning applies to other Apistan resistance mutations.

The VGSC of Varroa evolved over eons in the absence of Apistan. The mutation is in a part of the protein critical for its function (that’s why Apistan binding blocks function). It’s therefore perhaps unsurprising that in the absence of Apistan selection there is evidence that the L925V mutation is detrimental. In simple terms the VGSC works less well with a Valine at position 925 than a Leucine unless Apistan is present. Where’s the data that supports this?

The influence of prior treatment on Varroa genotype 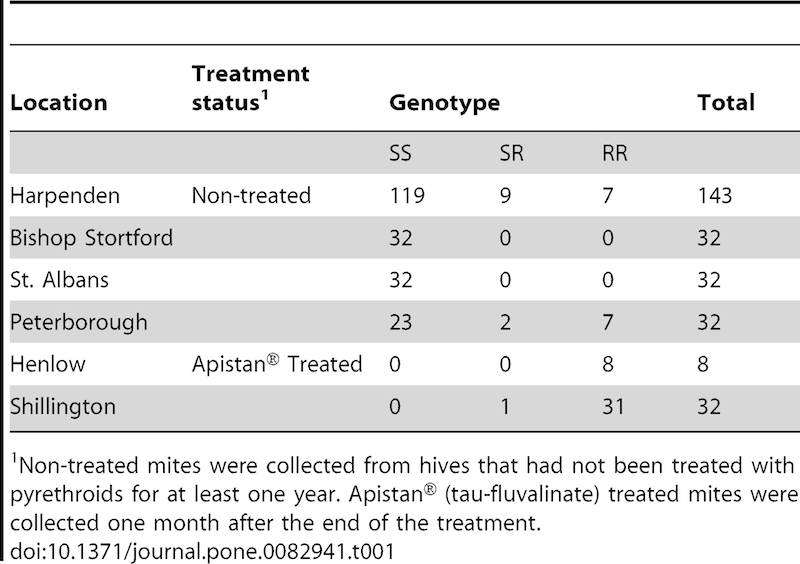 The table above needs a little explanation. Colonies from Henlow and Shillington were treated with Apistan and tested one month later. Colonies from Harpenden, Bishop Stortford, St. Albans and Peterborough had no history of Apistan treatment in the recent past. Unfortunately, the paper does not make clear when the last treatment was, with the exception of a sample from Harpenden which had not been treated for at least 3 years.

Varroa is diploid i.e. there are two copies of the gene for the VGSC. The S and R heading the columns SS, SR, RR, indicates whether the Apistan resistant mutation is absent (S = sensitive) or present (R=present). SR indicates that the mite was heterozygous, one resistant copy and one sensitive. Whether these mites have lower resistance than RR mites has not been determined – for the purpose of the remaining discussion I’m going to lump the SR mites with the RR mites and assume they are resistant§.

This suggests that in the absence of Apistan, Varroa sensitive to the fluvalinate replicate better.

Is this a surprise?

No. Partly for the reasons explained above … the Leucine at position 925 is likely to stop the VGSC working as well. More compellingly though is the wealth of data suggesting that insecticide resistance is associated with fitness costs in a range of other insects. 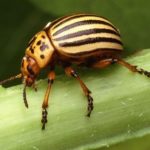 Google will find relevant reference on all the above examples or you can refer to a concise mini-review by Kliot and Ghanim Fitness costs associated with insecticide resistance published in Pest Management Science (2012) 68:1431-37.

Before discussing implications for practical beekeeping I should add that the rate at which the loss of the L925V mutation, and other mutations associated with Apistan resistance, needs to be accurately determined. If, as looks likely, a period of 3+ years results in selection for the sensitive variant of the VGSC, it might be possible to develop rational Varroa treatments that exploit this.

For the sake of discussion, let’s accept the following statement:

An effective and rational Varroa control strategy would only use Apistan once every 3-4 years, alternating it with other treatments. To mitigate the transfer of Apistan-resistant mites between colonies due to drifting and robbing, or due to the movement, sale and/or relocation of hives during the season, Apistan use would have to be coordinated. This coordination would have to be both geographical and temporal. There would be no point in the Fife beekeepers using it one year if the Angus beekeepers planned to use it the following year.

Perhaps, but the benefits would be considerable. How could it be achieved? Perhaps by restricting the sale of Apistan to certain years, in a formulation or package that meant it had to be used quickly or became inactive.

What about the residues in wax?

I’m not sure whether the level Apistan accumulates to in wax is sufficient to be a selective pressure on the mite population. Apistan strips are 10% Apistan. Nothing like that much accumulates in wax. In a recent study fluvalinate levels ranged between 2 and 200,000 parts per billion in wax (mean ~7500 ppb). However, it is a valid concern and so would necessitate a relatively simple experiment to determine the rate at which Apistan resistant mutations are lost in the presence of absence of trace levels of Apistan in comb.

Herd immunity and the responsibility of the individual

There’s a debate in human healthcare about the necessity to vaccinate individuals in a well-vaccinated population. The chance of an infectious disease spreading to the unvaccinated individual in a protected population is very slight. So, why vaccinate?

Well, what if increasing numbers decided not to vaccinate? Once protection in the population falls below a certain level there is a significant chance that an infectious disease will spread widely. We saw this in the UK after the MMR (measles, mumps and rubella) vaccine was falsely claimed to be associated with autism. Vaccination rates dropped from 90+ percent, to low 80’s and – in parts of the country – to only 60%. Unsurprisingly, measles cases increased and – tragically, for the first time in years – there were childhood deaths due to measles infection.

Beekeepers who do not control Varroa (and consequently virus) levels threaten the viability of their own colonies and those of other beekeepers in the area. The same applies to the foulbroods. This is why the bee inspectors try and check all colonies in the vicinity of an outbreak. This is why standstill orders are placed on apiaries where outbreaks occur.

Perhaps this sort of communal responsibility also applies to Varroa treatment using Apistan? Beekeepers who treat without demonstrating very high levels of susceptibility first in their stocks are simply selecting for resistant mites, reducing the efficacy of treatment for themselves, and others, in the future. Indiscriminate or incorrect use of Apistan has resulted in widespread resistance, thereby compromising Varroa control for all beekeepers.

The coordination and control, geographically and temporally, of Apistan usage would benefit beekeeping and beekeepers.

And … it would also benefit those who chose never to treat with Apistan. Treated colonies in the one year in three∏ Apistan was used would have very low mite levels. Fewer mites would be transferred from these colonies by drifting or robbing … what’s not to like?

† Redux, as in the literary term meaning brought back or restored, derived from the Latin reducere (to bring back).

∇ This is one compelling reason why Apistan strips should not be left in the colony longer than is recommended. It kills the susceptible mites within the first month or so. After that it effectively selects for resistant mites, allowing them to replicate.

‡ With apologies to any population biologists who were reading this and have now given up in horror.

§ And I’ll save discussion of the influence of the incestuous lifestyle of Varroa and Varroa levels on the ratio of homozygotes to heterozygotes at different stages of the season for a later post. It’s a fascinating and at the same time rather sordid tale …

∏ Or 4 or 5 – this would need to be determined empirically.